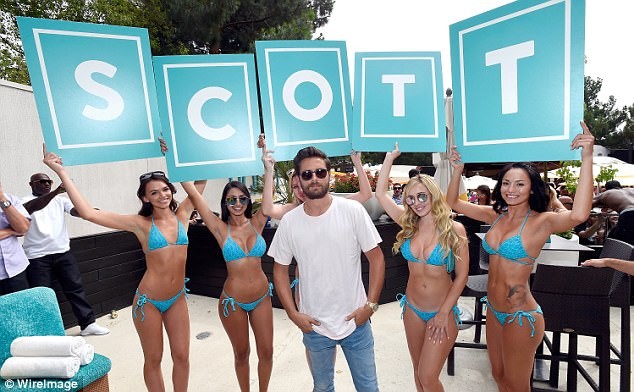 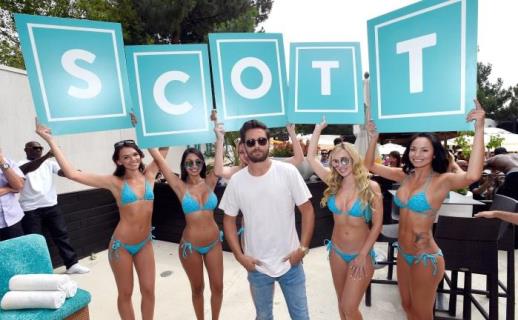 Only days after being spotted with his kids, Scott Disick spent the weekend in the company of a bevy of bikini-clad women at a party in Las Vegas. The father-of-three was the host at the daytime party which held at the Liquid pool lounge but he did not restrict himself to just being a host. 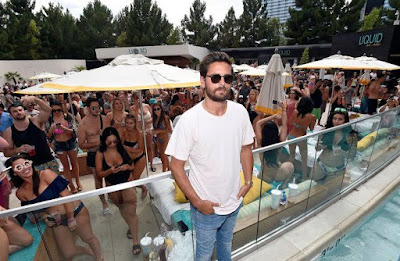 The 34-year-old notorious for being a party animal seemed in his elements as he was surrounded by half dressed beauties. eyewitnesses said that at some point, Scott lowered his sunglasses to ogle the ladies surrounding him. 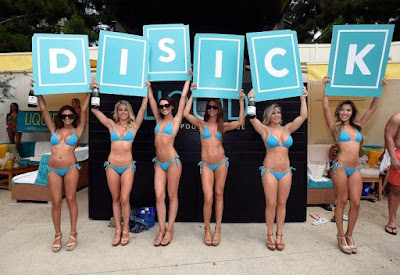 The women held up cards spelling out S-C-O-T-T and also cards spelling out D-I-S-I-C-K. This seemed to bring joy to Scott.
A source close to Kourtney said the reality star has gotten fed up with her baby daddy’s wild behavior and she is keeping close tabs on Disick even to the extent of demanding Scott takes a breathalyzer before visiting their children.
Share
Facebook
Twitter
WhatsApp
Pinterest
Linkedin
ReddIt
Email
Print
Tumblr
Telegram
Mix
VK
Digg
LINE
Viber
Naver
Previous articleDonald Trump to be sued after being accused of violating the US constitution
Next articleFactory78 Weekly News Round Up: Dammy Krane Released on Bail, Mr Eazi’s Skin Tight Remix Feat Rita Ora Leaked & More | Watch