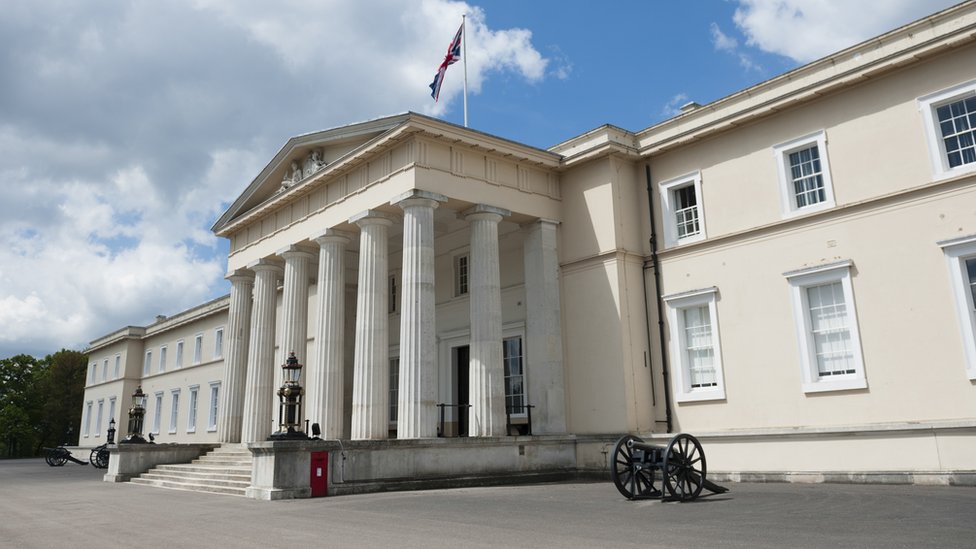 The Sun reported two officer cadets allegedly held down an individual, covered his face with a cloth and poured water over it, creating the sensation of drowning.

The alleged incident is said to have taken place on 7 August.

Deputy Commandant of the Royal Military Academy in Surrey Brig Bill Wright said he was “aware of the allegations”.

He said he expected “the highest standards of behaviour at Sandhurst” and had therefore “ordered an investigation by the Royal Military Police”.

Anyone found to have “fallen short” of those expectations would be “dealt with robustly” – and could be dismissed, he added.

But Emma Norton, from the civil liberties organisation Liberty, said allegations of serious physical and sexual assaults on army property must be investigated by the civilian police and not the military police.

She said the military police “lack the necessary independence and expertise to deal with an alleged crime of this severity”.

“Soldiers need to know that they can go to the civilian police,” she said.

“Time and again our servicemen and women receive second-rate justice and they deserve better. This has to change.”

Waterboarding was used as an interrogation process by the CIA in the US, after the attacks on New York and Washington in 2001.

It was banned as an interrogation technique in 2009 by then US President Barack Obama.

Both the Duke of Cambridge and Duke of Sussex attended Sandhurst, where all officers in the Army are trained