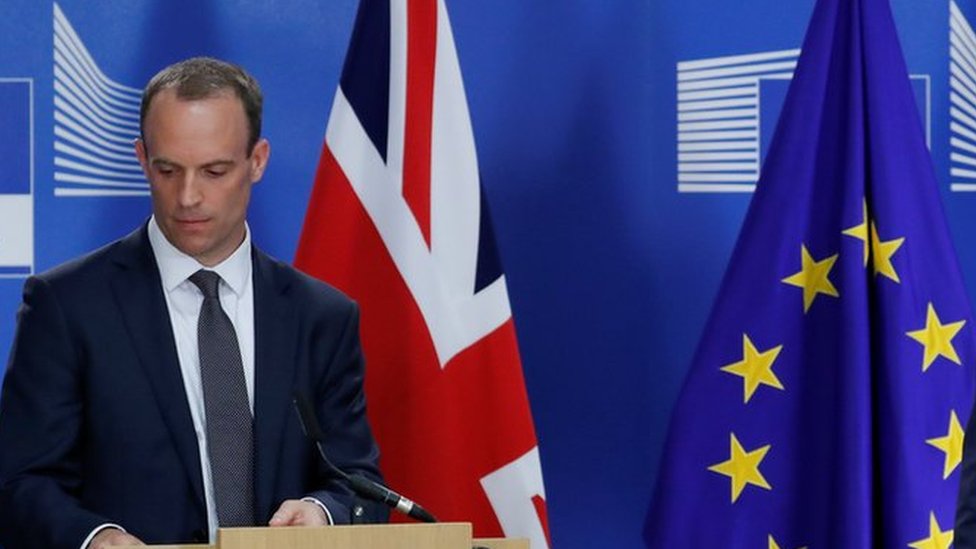 The government will on Thursday publish the first in a series of technical notices designed to prepare the UK for the possibility of a no-deal Brexit.

The notices will include advice for businesses, citizens and public bodies.

Brexit Secretary Dominic Raab said securing a deal was still “the most likely outcome” – but added making alternative arrangements was the “responsible” thing to do.

The European Union has already produced 68 technical notices of its own.

Between late August and the end of September, government departments are expected to publish around 70 technical notices.

Mr Raab – who travels to Brussels this week to continue negotiations with the EU – said the advice was necessary to “mitigate the risks and make sure the UK is ready to make a success of Brexit”.

He added the government wanted to “clearly set out the steps that people, businesses and public services need to take in the unlikely event that we don’t reach an agreement” with the EU.

Downing Street described the advice as “sensible, proportionate, and part of a common sense approach to ensure stability, whatever the outcome of talks”.

Thursday will also see Mr Raab make a speech in Westminster to outline the government’s plans for the possibility of leaving the EU without a deal in March next year.

Downing Street said it wanted to ensure “consumers and businesses are not harmed” by the possibility of no deal being agreed.