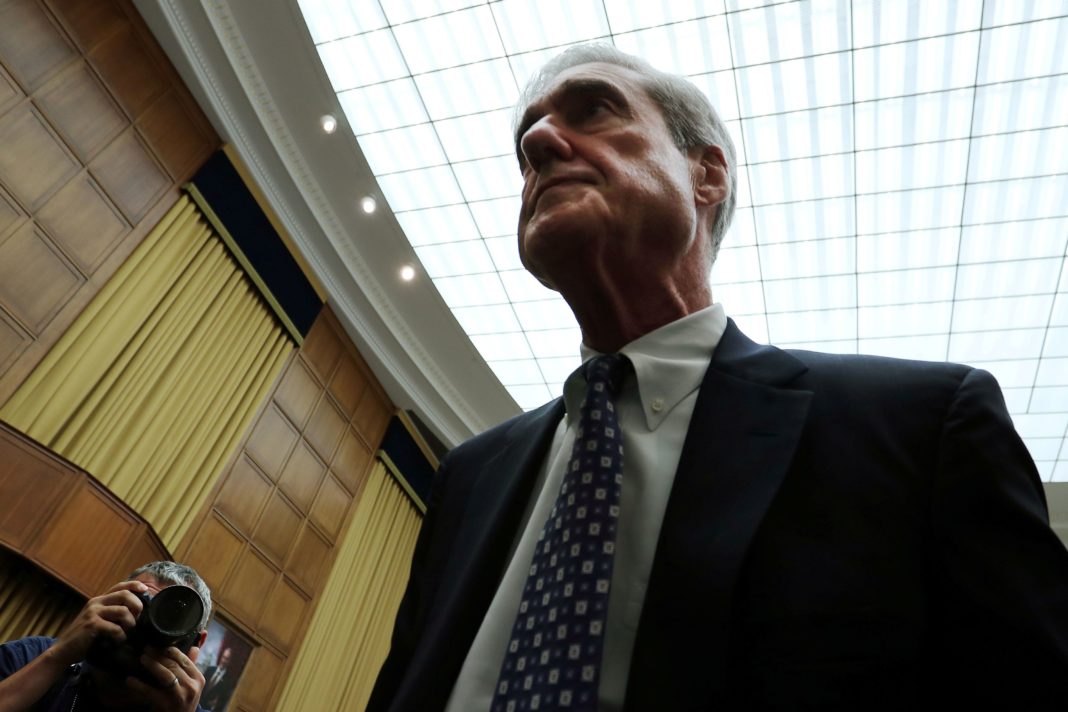 Former Special Counsel Robert Mueller exits during a break in testimony during a House Intelligence Committee hearing on the Office of Special Counsel’s investigation into Russian Interference in the 2016 Presidential Election on Capitol Hill in Washington, July 24, 2019.

The expenditures report, shared with CNBC by the Department of Justice on Friday, covers the final eight months of the probe, in which the special counsel spent about $6.56 million. About $4.12 million of that was spent through the special counsel’s office directly, and $2.44 million came from DOJ components that supported Mueller’s office.

The special counsel’s fourth and final spending report took significantly longer to disclose than prior filings, and arrived weeks after Justice Department officials expected it to be made public.

But even in its absence, political leaders including President Donald Trump and House Judiciary Committee Chairman Jerry Nadler, D-N.Y., have made the cost of the investigation a focal point of their arguments for or against it.

Trump, without providing evidence, has asserted since at least November of last year that the investigation cost more than $40 million.

But Democrats have countered that the millions of dollars estimated to be forfeited from individuals found guilty through the probe — such as Trump’s former campaign chairman, Paul Manafort — effectively zeroed out the costs.

“You secured the convictions of President Trump’s campaign chairman, his deputy campaign manager, his national security advisor, and his personal lawyer, among others,” Nadler said at the start of Mueller’s historic testimony before the House Judiciary Committee last week.

“In the Paul Manafort case alone, you recovered as much as $42 million, so that the cost of your investigation to the taxpayers approaches zero.”

The White House did not immediately respond to CNBC’s request for comment on the cost of Mueller’s investigation.

PolitiFact reported that the money collected through forfeiture would not directly pay off the special counsel’s bills, but would go into the DOJ’s Assets Forfeiture Fund.

The final report on the costs of Mueller’s investigation of Russian meddling, possible Trump campaign coordination with Russia and possible obstruction of justice by Trump covers the period from Oct. 1, 2018, through the end of the probe May 31.

The majority of Mueller’s overall costs — $2.45 million — came from paying his staff, the report shows.

Mueller’s team included 19 lawyers supported by 40 FBI agents, along with intelligence analysts, forensic accountants and other staff, according to Attorney General William Barr’s summary of the report from March.

The probe, which lasted from May 2017 to March 2019, led to more than 100 criminal charges being filed against three Russian companies and 34 individuals, including half a dozen former Trump advisors.

A DOJ official told CNBC last month that the final report was expected to be released in mid-July. But it was not released until Friday — nine days after Mueller testified before two House committees on Capitol Hill, that left Republicans and Democrats in the dark about the total cost and scope of the investigation during their first, and likely only, opportunity to question Mueller since the end of the Russia probe.

The three other expenditures reports were all released in intervals of roughly between six and six-and-a-half months. But it took seven months and 19 days for the final report to come out.