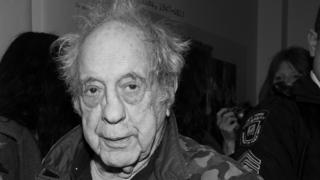 Robert Frank, one of the most influential photographers of the 20th Century has died at the age of 94.

Frank, who was born in Switzerland but emigrated to the United States in 1947, was best known for his work The Americans – a book which chronicled his 10,000-mile journey across America at the height of the Cold War,

First published in France and then in the US. It was widely condemned by critics, as it depicted a country sharply at odds with the America portrayed by Hollywood and the ad men.

Earl A Powell III, art historian and museum director, said the work showed “a people plagued by racism, often ill-served by their politicians, intoxicated with the media and celebrities, and infatuated with speed, movement, and even the road itself”.

Frank shot on a small 35mm camera without a motor, so unlike today where you’d find near identical frames sides by side, his contact sheets reveal how he has moved through the crowd, seizing moments of interest.

Ultimately, The Americans is a book that flows from front to back, a visual poem where sequencing was all important.

Frank’s loose style broke the mould. He shot around 28,000 images that were edited down to 83 for a book that rewrote the rules of photo-journalism.

Beat poet Jack Kerouac wrote in the preface to the book’s US edition, Frank “sucked a sad poem right out of America on to film.”

Frank went on to make a number of films, including a documentary about the Rolling Stones 1972 tour of America which the group banned from being shown as it captured moments of drug taking.

“He never crossed over into celebrity,” said photographer Nan Goldin. “He’s famous because he made a mark. He collected the world.”

Both of his children have passed away, his daughter was killed in a plane crash aged just 20 and his son Pablo took his own life in 1994.

But Frank will be remembered as one of the greatest photographers of the 20th century and beyond.