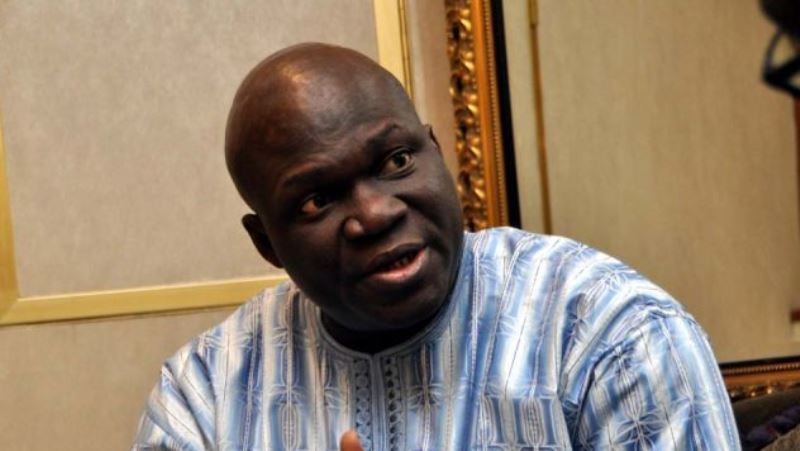 I attended a meeting recently at the headquarters of the Joint Admissions and Matriculation Board in Bwari, Abuja: the post-2017 Unified Tertiary Matriculation Examination review meeting chaired by the JAMB registrar, Professor Ish-aq Oloyede. Participants included Professor Oloyede and his technical team, field officers and other staff, all the Chief External Examiners who supervised the 2017 UTME, across Nigeria, mostly Vice-Chancellors of universities, and provosts/rectors of polytechnics and colleges of education, in addition to major stakeholders from civil society.

The JAMB Registrar presented a detailed report on the conduct of the 2017 UTME, matters arising were identified and the meeting took certain decisions about the way forward, the details of which have since been published.  The 2017 UTME was conducted throughout Nigeria between Saturday 13th and Saturday 20th May 2017, at 140 examination centres, 642 Computer-Based Test Centres, with 7,000 invigilators and monitors and 1, 722, 236 candidates.

It was the first examination to be conducted under Professor Oloyede’s watch as JAMB Registrar.  He was full of appreciation for the efforts and contributions of everyone, including the civil society and security agencies who helped to ensure the success of the examination. The meeting noted that Oloyede and his team had also done an excellent job in organizing a commendable Computer-Based Examination across the country. In recent years, JAMB has insisted on computerizing its examinations, and under Oloyede, there has been not only an emphasis on this but also on the integrity and credibility of the examination. The Report presented by the JAMB Registrar was comprehensive, confident and informative.

In 2017, JAMB examined the highest number of candidates in its forty years of existence: 1.7million, with the highest number of participating external officials and monitors. The first point the meeting noted however, was that the figure of 1.7 m does not actually reflect the true number of candidates who sat for the examination. More than 300, 000 of the candidates engaged in double or triple registration, and where it could be established that any candidate sat for the examination more than once, such a candidate was automatically disqualified. A total of 666 cases were reported in this regard.

For planning purposes, the figure of 1.7 m was misleading, a fact that was worsened by the fact that more than 50% of the candidates do not even have the pre-requisite qualifications, and in reality, more than 70% of all candidates applied for courses in the Arts and Social Sciences, whereas for national manpower development purposes, the expectation is that the Sciences should produce up to 70%.

The message here is clear:  higher education admission processes ought to reflect the country’s manpower needs, and there is no doubting the fact that at the moment, there is a mismatch between our country’s manpower production processes and the job market, and this is perhaps in a way responsible for the country’s unemployment crisis. As it were, Nigeria’s higher education system produces graduates that do not fit into the demands of the job market.

Oloyede was more agitated about matters of integrity, credibility, accountability and transparency. He asked the meeting to take a close look at cases of examination irregularities and malpractice and take a decision. We were informed that a total of 1, 386 candidates all properly identified and documented were guilty of the following offences: impersonation, possession of prepared answer scripts, smuggling of foreign materials into the examination venue, possession of electronic gadgets including telephone, copying and spying from foreign materials, unruly behaviour, violent conduct, collusion, multiple registration and examinations.  We were all shocked when Oloyede asked his staff to present to the meeting, concrete evidence of examination malpractice. We were shown shirts, with presumed answers written out in the inner lining, slippers, belts, handkerchiefs, and all kinds of strange devices that candidates across the country smuggled into examination centres.

The bigger problem came from the operators of the Computer-Based Test Centres, who colluded with candidates and parents to compromise the examination. Many of these CBT centres collected gate fees, ranging from N2, 000 to N20, 000 and higher, they recruited thugs, they deliberately created technical problems to assist candidates to cheat (in some cases, the CCTVs installed by JAMB were either switched off or covered up); some centres also ran parallel communication cables to secret rooms where ghost candidates who had done what is called 8 x 2 fingerprinting, involving a candidate and a substitute, ghost-wrote the examination. Oloyede reported that JAMB did its best to track down all the fraudulent centres, across the country, 25 centres were involved in centre-induced malpractice, with 57, 646 candidates.  Some other centres had technical issues, and in total, JAMB proposed that 72 centres in 18 states of the Federation should either be delisted or suspended.

We considered the report on every affected centre on a case-by-case basis, with each Chief Examiner responding to further enquiries, and at the end, the meeting resolved that 48 centres involved in extortion and malpratices should be delisted, while 24 centres should be suspended for a year. The statistics on 2017 UTME malpractice is noteworthy. Most of the affected states are from the South East and South South as follows: Abia (381 cases), Imo (193), Anambra (152), Enugu (114), Cross River (78), Ebonyi (48), Akwa Ibom (44) while the states with the lowest number of cases are from the North viz: Kebbi (1), Kaduna (16), Kano (29), Katsina (2), Kogi (7) Sokoto (25), Taraba (4), Zamfara (1). Yobe and Jigawa states had no reported case of examination malpractice, only 2 cases of multiple registration from the latter. Could it be then that students and CBT operators in the North are more honest than their Southern counterparts, or perhaps less computer savvy? Does the 2017 UTME say anything about national character?

Our deliberations did not cover this particular detail, but the meeting became more exciting when the involvement of parents, particularly mothers, was reported.  In one centre, a mother was said to have approached the Chief Examiner to ask him to assist her daughter to pass the examination. The Chief Examiner reportedly told her to leave the examination venue, but she insisted that if the Chief Examiner was ready to help, as requested, she was prepared to pay in kind. The alarmed Professor and Examiner told her it was not part of his function to do what she wanted.  The UTME, he said is a merit-based examination.

The woman, not giving up, asked for the hotel where the Professor was staying. She offered to join him in the hotel later in the day! In another state, an invigilator lured a young lady to the control room with the promise that if she would co-operate with him, he would help her to pass the UTME. Other invigilators caught the two of them and promptly reported the matter. When the young lady’s mother was informed about what had happened, her response was most unusual. She was not willing to press charges, or talk about the scandal. She was in fact not bothered at all. She would rather talk about something else. What did she want? She wanted JAMB to compensate her daughter with additional 10 marks or more, to make up for the sexual harassment. We were all alarmed.  Strange things really happen.

Someone then remarked that JAMB should take a decision and ban mothers from following their children to examination centres and all husbands should be advised to keep an eye on wives who will go to any length to mislead their children. Again, the meeting did not concentrate on this delicate subject. But someone made a point: “You see this thing called corruption. It starts from the home.  Many parents are setting very bad examples for their children. There is too much desperation in our country. The anti-corruption campaign should start with parents.”

Nonetheless, the meeting resolved that JAMB should introduce the use of electronic jammers at examination centres as part of measures to discourage centre-induced malpractice, the results of 1,386 candidates found guilty of examination malpractice should be cancelled, 57,646 centre-induced malpractice results should also be cancelled, while a supplementary examination should be held on July 1, for candidates who lost time due to the malfunctioning of servers, technical and log out issues, Biometric Verification related issues, late registration due to no fault of theirs, incomplete results and candidates of centres with mass malpractice but who are deemed innocent.

The JAMB Registrar further informed us that the examination body was ready to go to court where necessary to prosecute persons involved in examination malpractice, and that should any manager of a CBT centre find it necessary to challenge JAMB in court, he and his team would be glad to meet such persons in court. I like Oloyede’s spirit and the enthusiasm of his freshly energized team. The larger question is why examination, something considered a serious routine in other countries, is such a nightmare in Nigeria. Students cheat, parents collude with agents to help their children to cheat, examination consultants are worse, the kind of reports we receive daily about examinations in Nigeria sound fictional but they are worrisome because they are real. It is tragic that our public examinations are no better than Nigerian elections!

Just before the meeting ended, the representative from Akwa Ibom stood up and said he had a letter for the JAMB Registrar – one of the JAMB officials who served as a Proctor in Akwa Ibom state would need to assist the police with investigations into a case of examination malpractice and give evidence in court.

“I heard about that case. I have directed that the lady should leave for Akwa Ibom and stay there until you are through with the investigations. Who is her direct supervisor?’, Oloyede asked.

One of the directors raised his hand.

“Ha. Doctor. That lady is excused from work until further notice. She should relocate to Akwa Ibom and assist with investigations. We will pay her DTA and provide whatever support she needs. Wherever there is any reported case, we must follow it up to prove that we will not tolerate any form of corruption or malpractice where our examinations are involved. The examiner from Akwa Ibom, you can keep her for as long as you want until you get to the root of the matter. Mee-ting! Approved?”