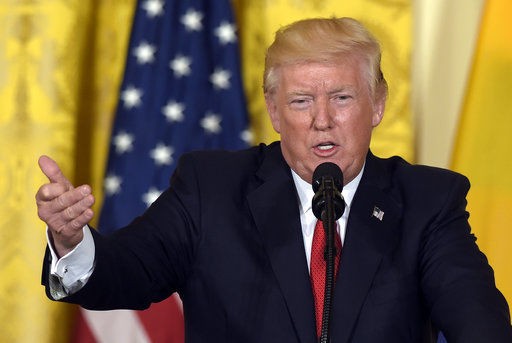 Donald Trump’s Republican allies applauded the president Thursday for announcing an end to US participation in the Paris climate deal — a move his core supporters demanded, even though most Americans are taking climate change more seriously.

The US public is generally hostile to the idea of exiting an accord that committed its signatories to curbing carbon emissions, but it is largely Democrats who are opposed to backing out more than Republicans.

According to a YouGov poll conducted in May for the Huffington Post, 46 percent of Trump voters favored withdrawing from the agreement, while more than two in 10 had no opinion.

Conversely, 92 percent of people who voted for Trump’s Democratic rival Hillary Clinton wanted the United States to remain at the table.

In Congress, the Republican majority easily passed laws this year that annulled or rolled back various environmental regulations established by the previous president, Barack Obama.

On Thursday, many of those lawmakers rejoiced.

“By withdrawing from this unattainable mandate, President Trump has reiterated his commitment to protecting middle class families across the country and workers throughout coal country from higher energy prices and potential job loss,” said Senate Majority Leader Mitch McConnell, of Kentucky.

“Proud to be sitting in the front row of the Rose Garden in support of @POTUS’s announcement on the #ParisAccord that will save WV jobs,” tweeted West Virginia Republican congressman Alex Mooney.