Report: Trump Under Investigation For Possible Obstruction Of Justice 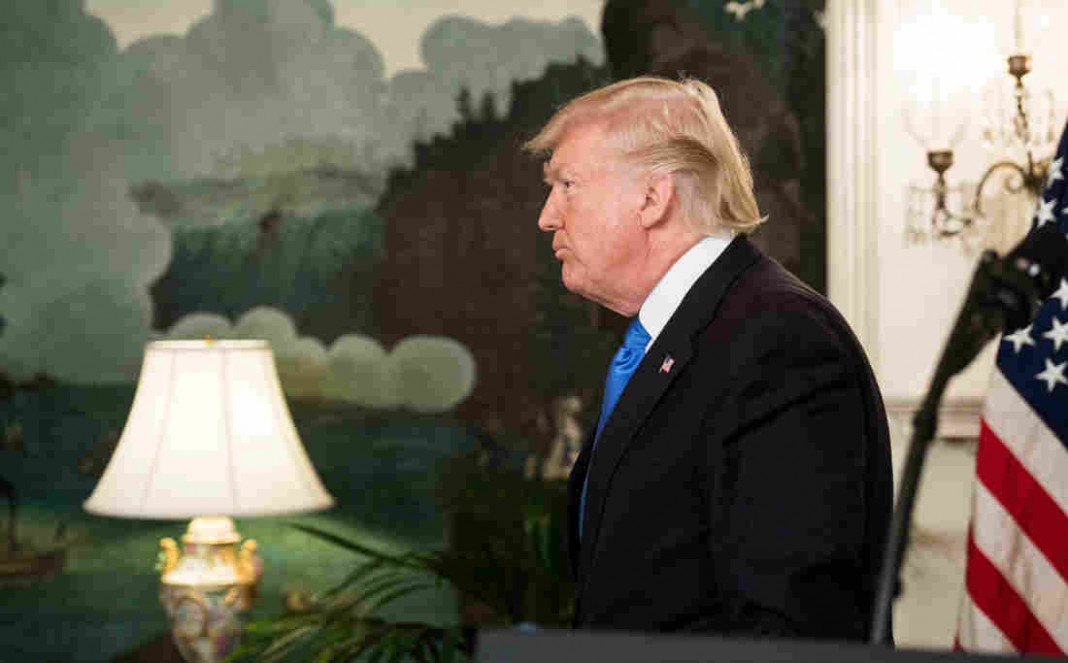 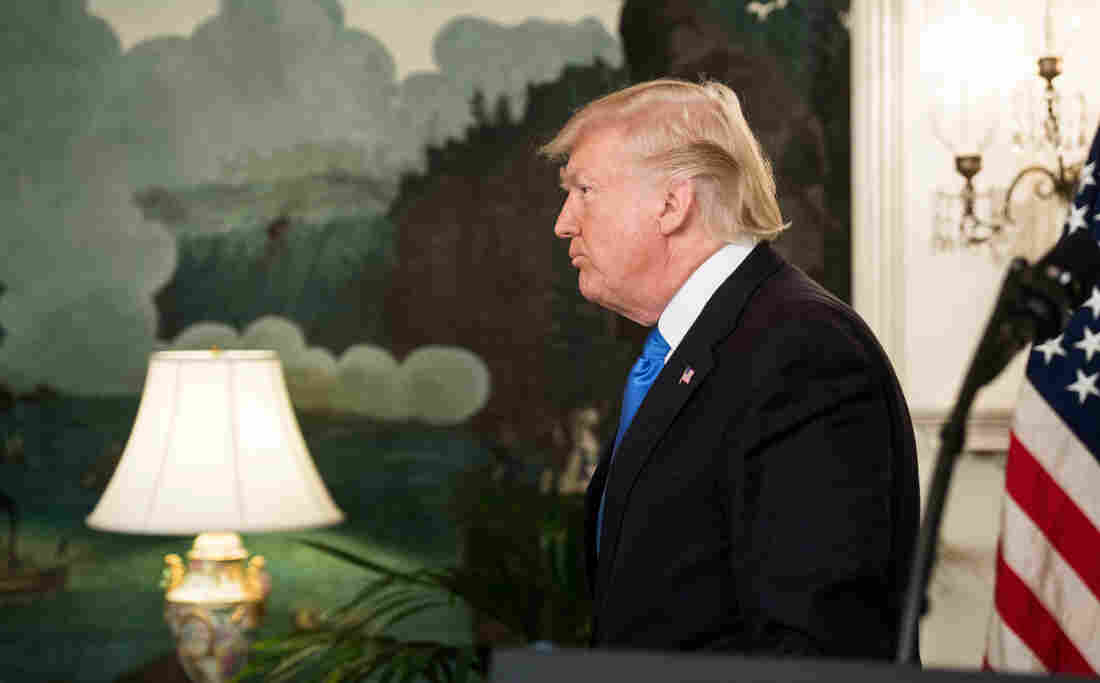 Special counsel Robert Mueller, who is leading the Department of Justice investigation into Russian election meddling, is investigating President Trump for possible obstruction of justice.

Special counsel Robert Mueller, who is overseeing the Department of Justice Russia investigation, is looking into whether President Trump attempted to obstruct justice, officials tell the Washington Post.

Former FBI Director James Comey testified last week that the president was not personally under investigation at the time of his firing on May 9. “Officials say that changed shortly after Comey’s firing,” the Post reports.

Director of National Intelligence Dan Coats, National Security Agency Director Adm. Mike Rogers and Rogers’ former deputy Richard Ledgett agreed to be interviewed as part of Mueller’s investigation, according to five people “briefed on the requests” who were “not authorized to discuss the matter publicly,” the paper reports.

NSA spokeswoman Vanee Vines told NPR’s Phil Ewing, “NSA will fully cooperate with the special counsel. We are not in a position to comment further.”

A spokesman for Trump’s personal lawyer in the Russia matter Marc Kasowitz said, “The FBI leak of information regarding the President is outrageous, inexcusable and illegal.”

Comey’s firing is a “central moment that’s being looked at” in the investigation, Post reporter Devlin Barrett told NPR’s Ari Shapiro, “but it’s not the only thing.” Investigators are also considering the conversations Comey and the president had leading up to that point.

In his testimony on June 8, Comey told the Senate Intelligence Committee that he believed Trump had fired him over his role as lead of the FBI investigation into Russian interference in the U.S. election and Trump campaign associates’ possible ties to Russia. The White House has been inconsistent with its public messaging about the dismissal — initially saying Trump took the recommendations of Attorney General Jeff Sessions and Deputy Attorney General Rod Rosenstein about Comey’s management of the FBI, but then the president himself said he had made up his mind prior to receiving the recommendations from the two top lawyers at the Department of Justice.

Comey testified that initial explanations that he was fired because of poor leadership were “lies, plain and simple.” He also said Trump had privately urged him to pull back on the investigation into former national security adviser Michael Flynn — a claim that the president has denied.

The Washington Post previously reported that Trump also asked Rogers and Coats to push back against the FBI’s investigation. The intelligence chiefs declined to discuss their private conversations with Trump during a Senate panel hearing on June 7.

Asked whether Trump’s actions rose to the level of obstruction of justice, Comey testified last week: “I don’t know. That’s Bob Mueller’s job to sort that out.” But Comey did lay out facts that a prosecutor could use to try to prove obstruction, as NPR’s Domenico Montanaro noted.

Trump and his supporters cast Comey’s testimony that he had told the president he was not personally under investigation as vindication. Trump disputed, though, Comey’s assertion he had asked for a pledge of loyalty. After Comey’s much-watched Senate testimony, the president said in a press conference that he would testify under oath regarding his interactions and conversations with the former FBI director.

“I think, frankly, our story shows that the president is by no means out of the woods as far as the investigation goes,” the Post’s Barrett told NPR.

Chatter surfaced earlier this week that the president was considering firing Mueller. After a day of speculation, White House spokeswoman Sarah Huckabee Sanders said, “While the president has the right to, he has no intention to do so.” The New York Times reported that Trump had been waved off the idea by advisers.

Deputy Attorney General Rosenstein, who appointed Mueller on May 17, testified on Tuesday that he would not fire the special counsel without “good cause.”

Trump is not the only one under scrutiny, Barrett said: Investigators are also looking into the finances of Trump associates.

“Oftentimes what happens, frankly, in counterintelligence investigations is you start looking at sort of a core intelligence question — What did the Russians do and did they do it with any Americans? — and it grows into: What did any of those Americans do in their financial matters that may also raise alarms with the FBI?” Barrett said.

Mueller’s investigative team has expanded in recent weeks. The National Law Journal reported on June 9 that Mueller has brought Deputy Solicitor General Michael Dreeben onto the team on a part-time basis. Reporter Tony Mauro noted the addition of Dreeben may signal that “Mueller may be seeking advice on complex areas of criminal law, including what constitutes obstruction of justice.” At the end of May, the chief of the Justice Department’s Fraud Section, Andrew Weissman, also joined the team, NPR’s Carrie Johnson reported at the time.

Justice Department policy is that a sitting president cannot be indicted by a grand jury, the Post also reported Wednesday. Any findings by the department’s investigation would be referred to Congress, where lawmakers would determine whether to impeach the president.