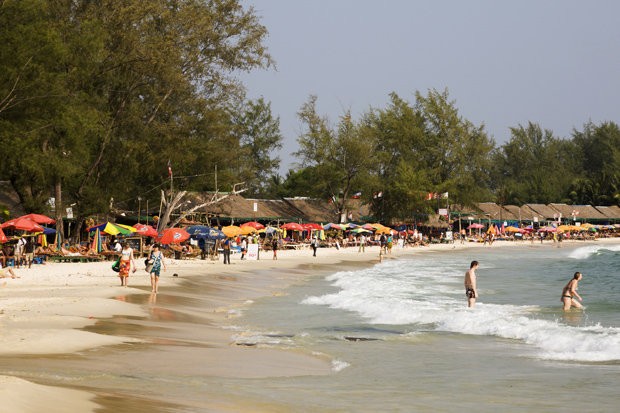 Motherhood is defined as the experience of having and raising a child. Our personal experiences, cultures, religion and education have had enormous impact on the definition of motherhood as a facility for keeping the family and the society together.

The older generation had a philosophy of marriage that was tilted in support of the male as the head of the family and the female as his voiceless subordinate.

Marriages in patriarchal African society were stressful, since women were deprived of their rights to self determination in financial, social, emotional and religious matters. As a result, many women came down with varied psychiatric disorders. But they managed to provide strong templates for motherhood through their sacrifices in the marital relationship. They nurtured and built great family lives by exemplifying the values of patience, forbearance, consideration and love.

The younger and educated generation has sought to replace the older and ineffective philosophy of marriage, having witnessed the marital problems of their parents.

Nowadays, many married women are gainfully employed and no longer financially dependent on their husbands. This has altered the dynamics of marital relationships in the direction of combat and ego stalemates.

We can argue it, if we like, but there is no denying the fact that the modern era has changed and possibly dislocated the definition of motherhood. This redefinition needs to be accepted, if we don’t want to continue to mess with women’s mental health.

Surely, mothers are the foundation of the society, hence the popular saying that the hand that rocks the cradle rules the world. But, are we going to feign ignorance of the fact that motherhood is more challenging for women than ever?

This paradigm shift has also been linked to the rise in the incidence of mental illness in some young adults, who were raised by pschologically unstable mothers.

Some evidence abounds that the hormonal state of a woman during pregnancy has a peculiar and profound effect on the behaviour of the growing foetus. Mystical instructors counsel pregnant women to keep their temper stable and devoid of stress.

The behavioural pattern of a child can be linked to the psychological state of their mothers. It has been established in scientific literature that children brought up by women who suffer mental illness, especially depression after child birth, may invariably perform poorly in academics and social domains. The biological explanation is that a mother shares knowledge with her baby right from the womb.

While a mother’s role is to transmit values to her children among others, we need to acknowledge the fact that they can no longer do it alone.

It is time to reinvent the meaning of motherhood by using modern realities. We have to adjust our mentality to this so that the family unit, the society and Nigeria can move forward.

We must come to terms with the fact that motherhood is not just a biological issue; but a social status that bears universal significance and a psychological angle.

As modernisation continues to challenge motherhood, we must manage it in a way that it does not have negative consequences on marriages.

Simply put, men must chip in. The word now should be parenting. Mothers must be mothers and fathers should be fathers. However, both of them must be parents and one can no longer be superior to the other.

Both parties must also be committed to their marriage because motherhood suffers when there is marital disharmony. If the family life becomes threatened, members of the unit are often affected.

Despite the positive branding that we give to marriage, those in it know that it has the potentials to make or mar the mental well-being of its participants, especially the children.

Communication channels become obstructed and intimacy suffers when parents fight. Women lose tenderness and consideration when they have to contest for their rights and men become unnecessarily bullish.

Nowadays, no husband should expect to excercise a dominant and unquestionable control over his wife. If he fails to make the necessary mental adjustment to this reality, the marriage may not work.

It will only survive, if the woman comes up with coping mechanisms by becoming overly religiosity as she sees her husband as a devil that must be avoided.

This can lead to divorce with devastating effects on the children.

The husband may also feel threatened and his ego fractured by the modern wife. He may keep his frustrations to himself until he has a cardiac arrest or escape into alcoholism that can damage the liver, while others may take to addictive drugs as they nurse their hurts in a relationship in which they have made so much sacrifice.

An example of a model marriage should be one in which the husband is sufficiently developed to give leadership that must be sacrificial and understanding, just as the wife responds to the sacrifice by complementing his efforts.

This definitely is the bedrock of creative motherhood, which is crucial to the nurturing of wonderful children.

Our modern wives need more wisdom that stems from emotional intelligence rather than mere intelligent quotient if they want to maintain their homes while enjoying motherhood.