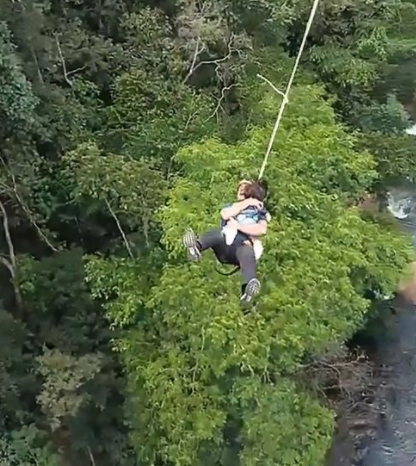 A father has come under fire after a video emerged of him bungee jumping off a 200ft-high bridge with his toddler daughter in his arms.

Mohd Redha Rozlan carried out the reckless stunt in Kuala Kuba Bharu in western Malaysia. The video shows him and his daughter in a safety harness preparing to jump. The father is seen patting his daughter as she leaned against his chest. As soon as the trainer let go of the rope, Rozlan and his daughter were pulled backwards off the bridge and swung dozens of metres over a rock-filled river gorge.

The father is heard in the video whooping as he swings with his daugter. Observers can also be heard cheering him on. 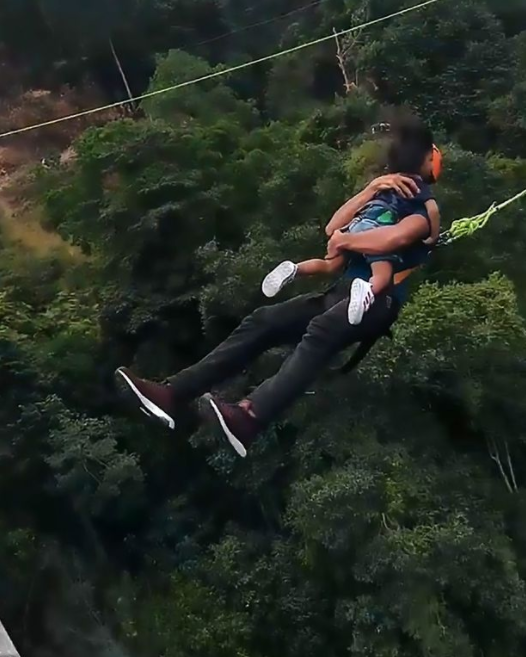 But as soon as the video was shared online, Rozlan received backlash for taking such a risk with his young daughter who isn’t old enough to make an informed decision as to whether she wants to take part in the exercise or not. However, Rozlan claimed his child was the one who had asked him to be part of the stunt.

Reacting to the stunt, Bungee jump operator Mohd Shafiq Azmi said: “The equipment is inspected by our staff before someone does the jump, which is from a height of 197 feet. I understand that safety is a concern as this activity is the first of its kind in Malaysia. We adhere to safety requirements especially in the equipment used such as the safety ropes by engaging qualified services providers.”

Watch the heart-stopping video below.