Rachel Bilson Talks About The O.C. Reunion Plans and Which of Her Co-Stars She’s Still Close With 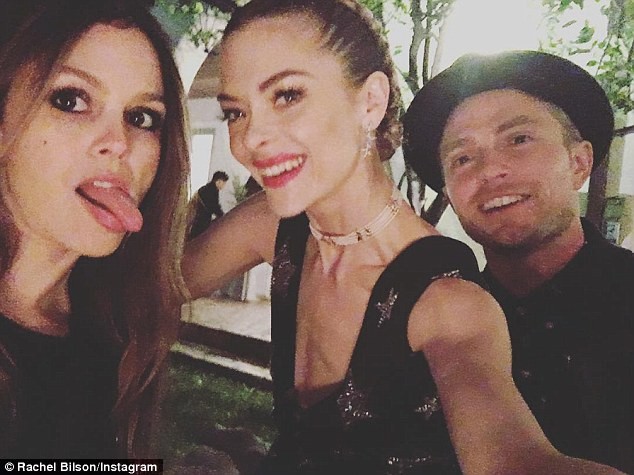 Could there be an O.C. reunion in the future?

With revivals such as Gilmore Girls and Will and Grace being green lit, Rachel Bilson said she could potentially be interested in reprising her role as Summer Roberts if The O.C. were to be brought back as well.

“I’m always open to things,” Bilson told E! News. “I don’t know what it would look like with our characters being old now. We were riding skateboards on the pier; I don’t know what they do now as 30-year-olds. But it would be nice to see everybody again.”

But what would Summer be doing today? “People always ask me that and I’m like, ‘What was she doing when we ended?'” the actress told us. “I can’t even remember; it was so long ago. I’m sure she has kids with Seth. I don’t know! She’s on the beach.”

Regardless, the beloved teen drama holds a special place in Bilson’s heart, as the series finale recently celebrated its 10th anniversary.

“It’s really nice that people loved the show so much and embraced it,” she said. “I’m still so grateful to this day for the opportunity and to have been a part of something like that.”

Since The O.C.‘s final episode, the cast members have gone their separate ways.

“I haven’t seen any of them in a very long time,” Bilson said. “I always see Josh [Schwartz]. Josh is like my brother; he’s married to my best friend actually. I hear things through people and I know people are doing well. Everyone’s growing up.”

Bilson recently joined the Nashville cast for a five episode arc, which reunited her with O.C. co-star Chris Carmack, but she suggested for a different O.C. star to also make an appearance on the CMT show.

“Peter Gallagher loves to sing!” she revealed. Maybe a future guest star role in the works?

While fans await traction on The O.C. revival, Rachel Bilson can be seen on Nashville tonight on CMT.