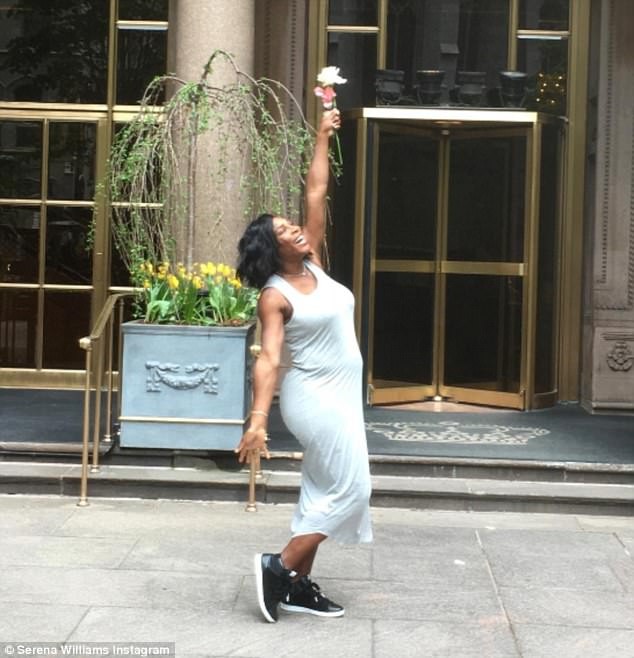 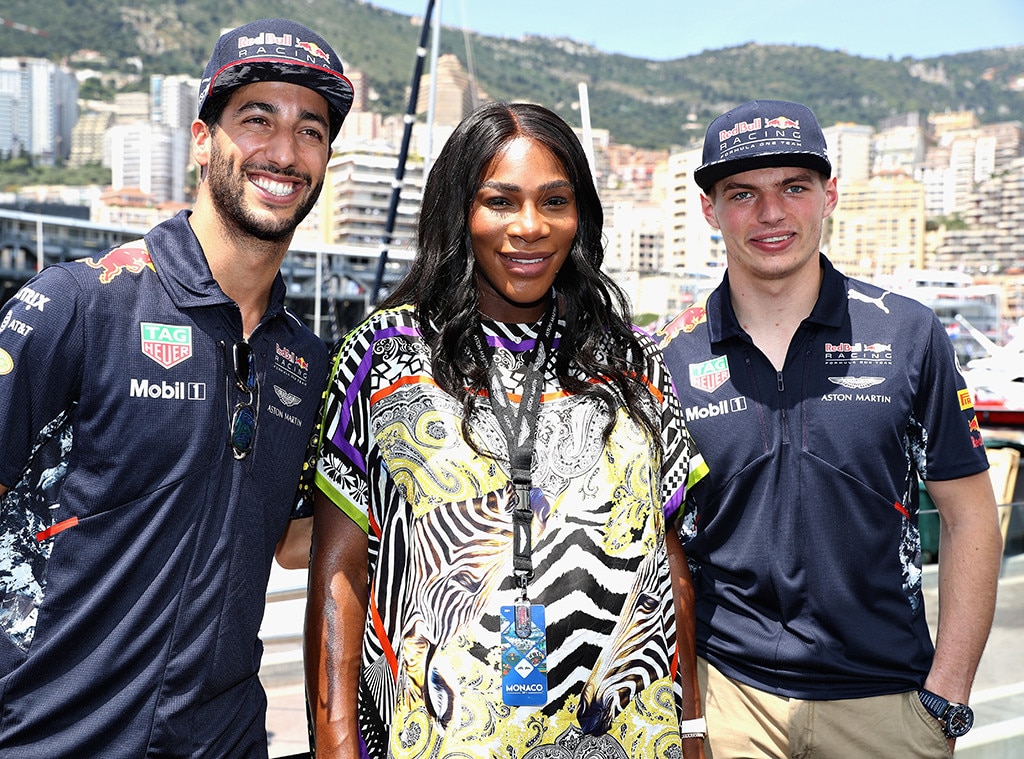 Serena Williams isn’t slowing down during her pregnancy, but she is definitely glowing…

The tennis champ is traveling once more, attending the Monaco Formula One Grand Prix at Circuit de Monaco in Monte-Carlo on Sunday. The 35-year-old opted for a bold and bright Zebra-patterned dress for the fast-paced event and looked picture perfect for Monaco’s sunny weather. While there, the eight-time world champ posed with Red Bull racing drivers Daniel Ricciardo and Max Verstappen.

The proud mama-to-be also made sure to pose at the high-profile event with Australian actor Chris Hemsworth. The smiling sports star even took to Snapchat to post photos with the movie star, writing, “Just hanging out with Thor.” She might be a superstar but she’s still a fan-girl!

Serena has caught the travel bug recently. She’s constantly been on the go during her pregnancy. Last week, Serena got in formation in Los Angeles for Beyoncé‘s baby shower. Earlier in the month she had a bridal shower with some gal pals in Miami. Last month, the tennis ace and her fiancé Alexis Ohanian enjoyed a babymoon in Mexico.

It’s pretty clear that ever since her accidental pregnancy announcement in April, Serena has been fully embracing her new body. She’s been posting a slew of photos on her Instagram, including some smiling bathing suits snaps, which she shared last week.

Social media has been a big part of her pregnancy. On April 19, the buff beauty posted images of her in a yellow cut-out bathing suit announcing that she was 20-weeks pregnant.

Last December, she also revealed via Reddit that she was engaged to the social network’s co-founder. Since then, all signs point to the twosome being crazy in love with each other.

During a press conference for the Australian Open back in January, Serena said she wasn’t ready to plan her wedding yet, but had nothing but wonderful things to say about the internet mogul.

“He is an incredibly nice person. He really treats everyone the same, which is really cool to see,” she gushed.