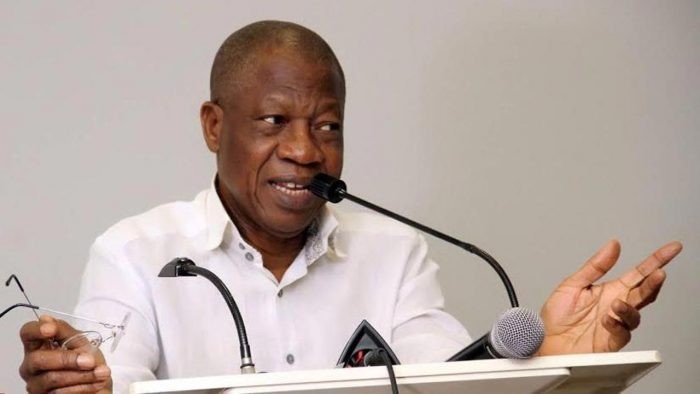 As Nigerians mark Democracy Day, the self-congratulatory rhetoric and feasting will likely be restricted to the ruling class and their cronies. For the majority, gloom pervades as they confront a harsh present and an uncertain future.  Recession has added to the misery of 112 million persons or 67.1 per cent of the population reported to be living in poverty in 2016 and some other millions that are jobless. Unless Nigerians take back their lives from the political class to whom they have surrendered democracy, the promise of a better life will remain elusive.

Some 18 years after the return to civil rule, many Nigerians wonder if their lot has improved. True, they are freer, no longer gagged by the military’s draconian decrees, coercion and intimidation. But freedom guaranteed on paper means little if not fully exercised. As Nigerians complain bitterly of misrule, corruption and exclusion, it is becoming increasingly apparent that the widespread feeling of alienation among the populace lies principally in their own apathy and inability to make their voices and concerns heard.

Nigerians find it fashionable to gripe about the “dividends of democracy” eluding them, but the majority seem to regard it as a conveyor belt that will deliver the good life, limiting their role to periodic voting at elections. But there is no such utopia anywhere.  Eternal vigilance, expressed by active citizen participation, is the life blood of successful participatory democracies.

At the outset of the Fourth Republic in 1999, poverty level in Nigeria, measured by the number of those living on less than $2 per day, was 54 per cent; today’s 67.1 per cent is actually an improvement on the 70 per cent poverty rate of 2011.  This figure also masks the disparities such as grinding deprivation where the rate in 11 northern states range between 70.1 per cent and the 91.9 claimed by Zamfara.  According to WaterAid, 130 million Nigerians lack adequate sanitation, 57 million can’t get safe drinking water and 45,000 children die of diarrhoea each year, victims of unsafe water and poor sanitation. The largest number of out-of-school children is in Nigeria (mostly in the North).  Three million of the street urchins are to be found in Kano State alone as confessed by Governor Abdullahi Gunduje.  Youth unemployment climbed to 42.24 per cent by 2016 and still rising, said the National Bureau of Statistics, while the national debt, reduced drastically by a landmark write-down and pay-off in 2005, has shot up, standing at N57.39 trillion by December 2016, according to the Debt Management Office website.

Frustrated by the failure of a democratic utopia, many have retreated into sectional, ethnic, sectarian and divisive political cocoons, blaming everyone else for their plight.  But Nigerians need, at this critical stage, when centrifugal forces have resurfaced and the oppressive political class has deployed its manipulative tactics, to understand the workings of democracy. Like all human endeavours, democracy is not perfect, but it offers the best route to individual and aggregate opportunities for self-actualisation.

Conceptualised in the Greek city states and ancient Rome, democracy was revived in Europe in the 18th century through the works of intellectuals and a rising middle class. It has become the world’s dominant political ideology and is credited with facilitating the economic and political dominance of the West and emergent Asian Tigers. But democracy is a means to an end, of perpetual mass participation in the decision-making at all levels. Democracy is work-in-progress and this is playing out in advanced democracies. Despite a 230-year-old democratic constitution, Americans have been staging peaceful street protests in opposition to Donald Trump. Over one million signatures have been collected by ordinary citizens seeking his impeachment. We should begin to hold our representatives to account like Americans who compel theirs to hold town hall/constituency meetings to ventilate their concerns. In the United Kingdom, with an 800-year-old parliament, and other Western European countries, the demand by people to be heard has put mainstream politicians on their toes.

Unlike in Nigeria, where the corrupt are defended by their victims, hundreds of thousands of South Korean citizens staging street marches have shaped the direction of the anti-graft war, forcing out President Park Geun-hye, who is now on trial.  Similar people power demonstrations have ensnared two former presidents of Brazil (one was impeached) and are threatening the incumbent Michel Temer. Romanians, whose experience of democracy is recent, poured into the streets to redirect the assault on corruption. Where the executive, parliament and judiciary do not satisfy, the employer of them all – the people – make their voices heard.

Here, the failure of the formal institutions is stark: the people should, therefore, exert pressure, using all legitimate means, to demand better governance. Successive administrations have failed on almost all counts, presiding over massive looting, economic mismanagement, and failing to deliver security and life’s basics; our legislators are reckoned by many to be the worst in the world, yet perhaps the highest paid, appropriating resources for themselves and unaccountable to their constituents; the judiciary is adjudged corrupt, swift to impose harsh penalties on the weak but aggressively protective of the rich and powerful who plunder the public treasury.  People should demand briefings from their councillors, local government chairmen, state and federal legislators.  Petitions, peaceful marches, law suits and town hall meetings are ready tools.

Nigerians, who abandoned their destiny to politicians, should resolve today to shake off their lethargy.  Where even political parties have failed, the active organs of the people should rouse from their slumber. During the oppressive military era, the labour unions, students, professionals, civil society groups, activist lawyers, market women and the mass media stood for the rights of Nigerians.

We have a rich history of making our voices heard: Aba women rose against colonial oppression in 1929; Egba women under Funmilayo Ransome-Kuti resisted unjust taxes in 1947; Abibatu Mogaji rallied market women to join the resistance against the annulment of the June 12, 1993 presidential election. Labour activists led by Michael Imoudu held strikes in 1948. Indeed, Nigerian workers hold a heroic track record of activism and protests under colonial and post-independence military and civil rule. This also is true of students, who, together with workers, civil society and the mass media, became the only real opposition to successive military juntas. They were the vanguard of the struggle that ushered in the Fourth Republic while a majority of politicians who became its beneficiaries were active collaborators with the military.

Without active participation and insistence on accountability, the politicians have no incentive to stop ruining and stealing the country blind. An obsequious “Big Man” attitude towards public office holders is the very antithesis of democracy. Rather, the social contract principle that underpins it, confers on the people the right to remove unjust representatives. It was the people who ignited the Arab Spring, turfed out military dictators in South Korea, Ferdinand Marcos in the Philippines and in Latin America. While popular activism may not always lead to ideal outcomes hoped for, the right of the people to exercise their power is necessary for democracy to truly thrive.  Venezuelans have been on the streets to break the logjam created by feuding politicians.

Nigerians have to make a choice today: whether to continue to leave democracy to politicians alone or to insist, using all lawful means, on accountability and corruption-free service delivery from public officials. They can choose to continue to line up behind corrupt political actors, ethnic champions and religious demagogues, or join the global movement of people demanding accountable governance and inclusion.