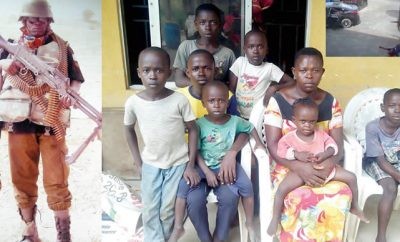 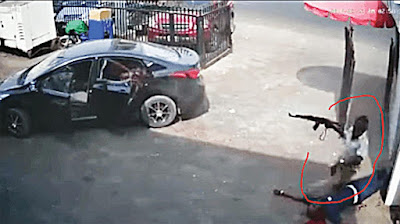 Imo State Commissioner of Police, Chris Ezike, has announced plans by the state command to confer posthumous promotion on the two officers, Sergeant Chukwudi Iboko and Sergeant Sunday Agbo, killed during a bank robbery in Owerri, the state capital in February this year.

This awards come as Zenith bank where the police officers were stationed, also released funds as compensation to the deceased families.

The CCTV footage of the bank robbery went viral last week with many Nigerians calling for the families of the brave mobile police officers to be adequately compensated.

Many Nigerians have applauded him for the bravery he displayed during the attack.

At a press briefing in Owerri yesterday, the police boss said

“Let me state for the avoidance of doubt that the trio of Sergeant Chukwudi Iboko, Sergeant Sunday Agbo and Sergeant Otu Attang, remain our heroes. They were gallant, professional, and courageous; they displayed encouraging passion in defence of lives and property. The Nigeria Police Force, under the able leadership of the Inspector-General of Police, Ibrahim Idris, has not, did not and will not abandon them and/or their families. As you are well aware, the Nigeria Police Force is a Federal Government agency governed by laws, rules and regulations in all matters, including financial matters. Be rest assured, therefore, that the financial rights, entitlements, benefits and even privileges of these our own shall be fully paid, and on time too. The two deceased officers were recommended for posthumous promotion, while the injured officer was also recommended for a special promotion to his next rank. I am very confident that very soon, the Inspector-General of Police will graciously announce the promotions. Similarly, the command is in constant touch with the families of the deceased officers. We have made and will continue to make financial assistance to cushion the effect of the loss of their loved breadwinners. We want to thank the bank for the financial assistance rendered for the burial expenses, release of start-up business funds for the families of the deceased officers, monthly allowances to the families, payment of hospital bills and the promise of scholarship to any level for the families of the deceased officers. You are our partners in the security project and we appreciate you even for understanding to bankroll the further treatment of our injured and gallant Sergeant Otu Attang.”he said

A go-fund me account set up for the deceased police officers family has gathered over $18,000, exceeding the $15,000 target by those behind the fund raising.