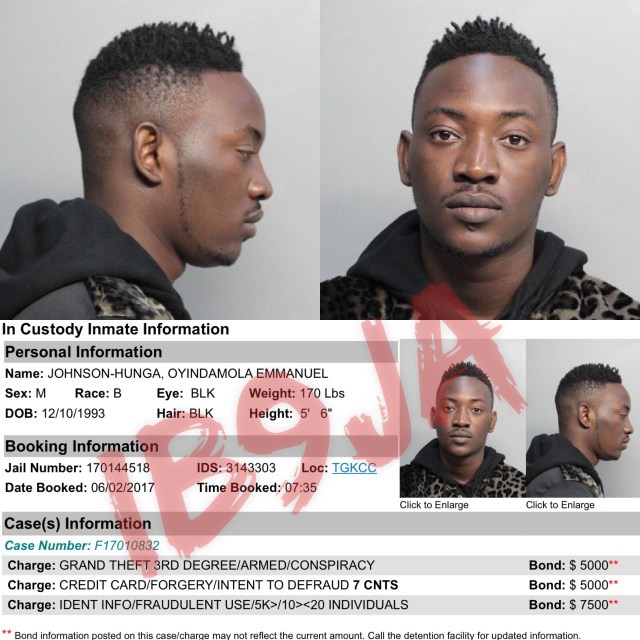 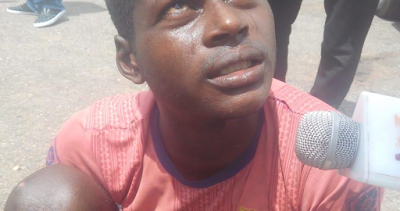 The Oyo state police command have arrested 20 year old Ibrahim Aliyu Babatunde, for conniving with three of his friends to kidnap his father and then collected N1 million as ransom for his release.

Aliyu and three others namely Babuga Salihu (20), Aura Sands (20), and Amuda Yusufu (19), kidnapped his father, Aliyu Babatunde, at his Igboora home town on My 17th They held him for 3 days before releasing him after his family had paid N1 million ransom.

The gang were recently apprehended by the police and were paraded at the state command headquarters in Ibadan. When interrogated, Ibrahim said he organized his father’s abduction because he has refused to cater for him and his siblings.

According to Ibrahim, his father has many wives and has not been responsible for the upkeep of his many children. He says he felt that the only way to get money from his father was to organize his abduction.

“We are many. My father married many wives and he doesn’t care for us. We are left by my father to fend for ourselves.  So, I think the only way to get money out of him is to organise for his abduction and force him to part with the money.”

Share
Facebook
Twitter
WhatsApp
Pinterest
Linkedin
ReddIt
Email
Print
Tumblr
Telegram
Mix
VK
Digg
LINE
Viber
Naver
Previous articleLIB Update: A defense attorney has been appointed for Dammy Krane in Miami on a 9-count charge
Next article5 terrorists armed with knives kill six and hurt 20 others with a van then went on a stabbing frenzy at nearby bars