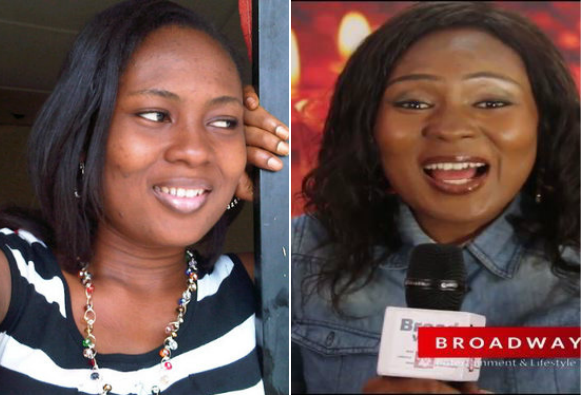 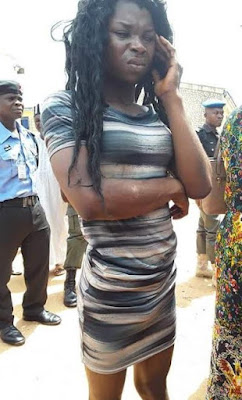 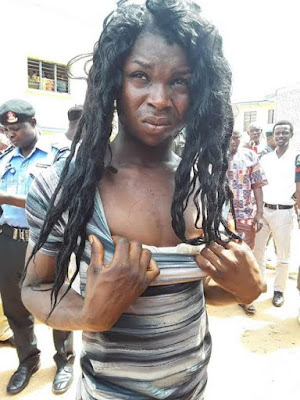 The young man who was arrested in Markurdi, Benue State for passing himself off as a female prostitute has made more shocking revelation.
Jennifer Kpaakpa, real name Ushahemba Yaapera, who confessed to have slept with over 1000 men in the past five years said that all the men won’t be able to impregnate any woman as their sperm has been used for ritual.
The suspect’s real identity was discovered by the Police during a raid at a brothel a
on Wednesday, June 15th. See previous report:here 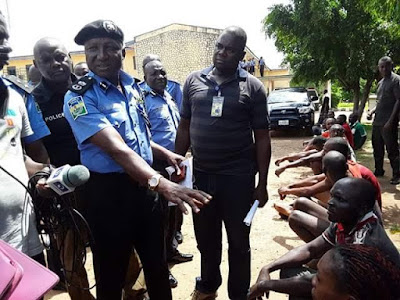 Below is a report by activist, Mr Ukan Kurugh, who was at the state police headquarters where Jennifer was paraded alongside other suspects on Thursday:

“The young man was arrested around Xima Bar at Kashim Ibrahim Road Makurdi when he went to separate a fight between 2 female sex workers at a brothel and in the process got his male sex organ exposed amidst the female clothing he wore. This automatically ended the fight as everyone was scared of his appearance having known him for long as a female. This attracted the attention of the police who whisked him away to police headquarters, Makurdi. This occurred on the Wednesday the 14th of March, 2017.

At the police headquarters where I also visited yesterday, the man revealed that, by birth he was male but was initiated into occultism in a secondary school in Katsina-ala where he schooled and that since then he attends meetings under bridges of main water bodies with other members and a queen around the country. He explained upon inquiry that he had done prostitution in many major cities around the country like Lagos, Abuja, Ibadan, Calabar, Kaduna, Portharcout and others where he would be picked up by men who would make love to him seeing him as a woman and thereafter, whether with the use of protection or not, the man’s sperm would be gotten and used for rituals and such a man will be permanently unable to impregnate a woman.
On the number of men he had engaged in his spiritual ordeal, he explained that he wasn’t sure of the figure but that, not less than 1500 men. He explained further that, the queen under the water had mandated him to do thus for 12 years and then she will bless him with super wealth. He said this was his 5th year, meaning he was left with 7 years to meet his target and be rewarded with the ultimate prize of wealth beyond comprehension.
At the police station, it was surprising to see a man Mr. Terkimbi Yandev who walked in and requested to bail this guy on the ground that he was his girlfriend. The guy in question at that moment explained further that, to all those who made love to him, he appears to be a beautiful woman whom they can’t afford not to love. The man is now in police custody as investigations are still ongoing even as people around his Coca-Cola residence in Makurdi have expressed shocked that, the girl they knew all the while was man. His parents are reputed to live in Katsina-ala where he has not visited for a long time since he got enlisted into occultism.

Share
Facebook
Twitter
WhatsApp
Pinterest
Linkedin
ReddIt
Email
Print
Tumblr
Telegram
Mix
VK
Digg
LINE
Viber
Naver
Previous articleBTC Grace launch: Secure your spot and make over $3700 (N1,370,000.00) easily without being forced to refer anybody
Next article“I am being investigated for firing Comey by the man who told me to fire him” Trump goes on Twitter rant, calls his investigation a witch hunt