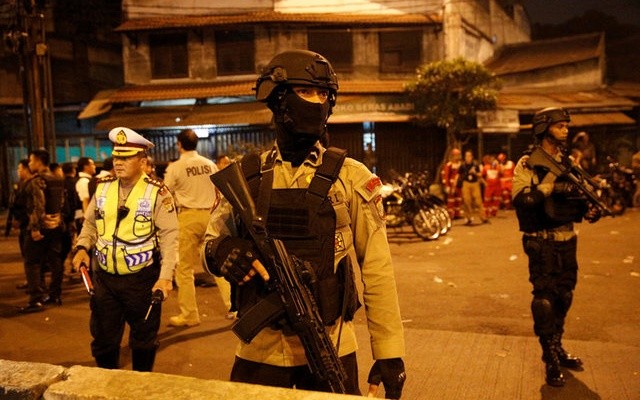 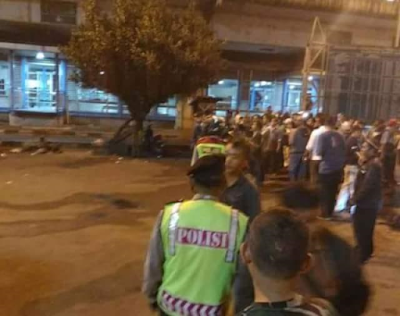 Indonesian police said that a suspected suicide bomber and a police officer were killed in explosions near a bus station in the eastern part of the capital, Jakarta on Wednesday afternoon. There were two blasts in Kampung Melayu that went off five minutes apart late in the evening. Some people, including police officers, were wounded and have been taken to a nearby hospital. A hospital official who spoke to local TV stations said two policemen. 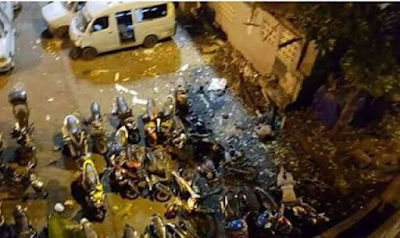 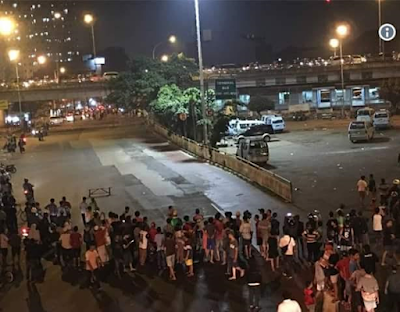 n and a civilian were being treated, and all three were conscious.