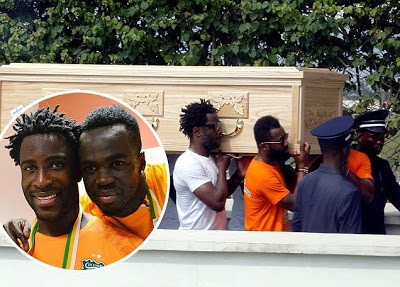 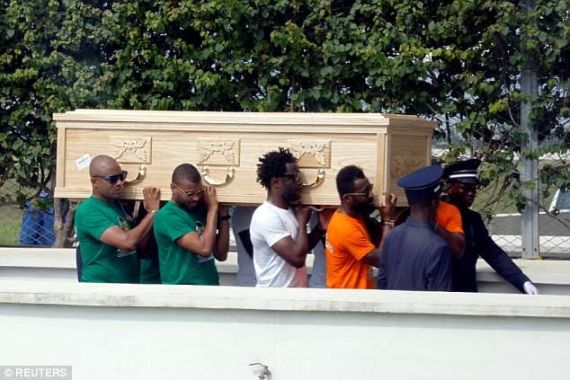 The remains of footballer Cheick Tiote has been flown back to his home country Ivory Coast.
The body of the Beijing Enterprises midfielder arrived Thursday afternoon at Port Bouet Airport in Abidjan, the Ivorian capital, after being flown from China where he tragically passed away.
He was received by hundreds of people, including former Elephants coach and teammates Herve Renard, Kolo Toure, Gervinho, Tiene and Wilfred Bony who was among the pallbearers carrying the coffin containing Cheick Tiote’s body when it arrived.
According to BBC Sports, Tiote’s family wants the late player who collapsed and died during a training session with his Chinese club last week, to be buried in his hometown Yamoussoukro but the Ivory Coast’s Football Federation prefers Abidjan. 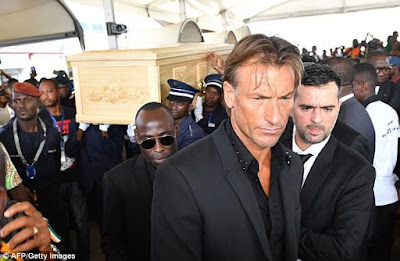 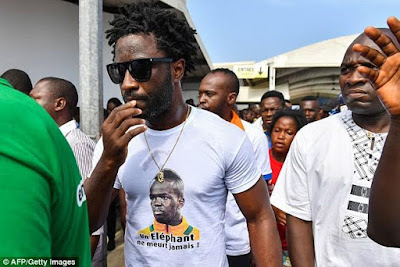 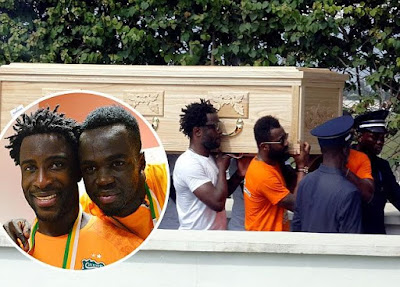 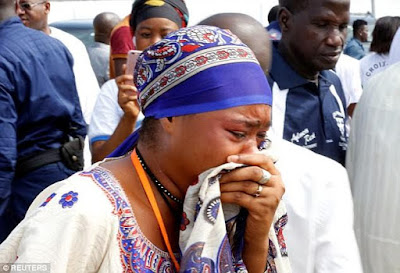 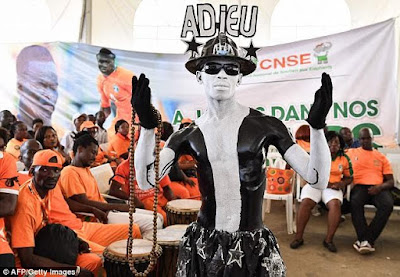 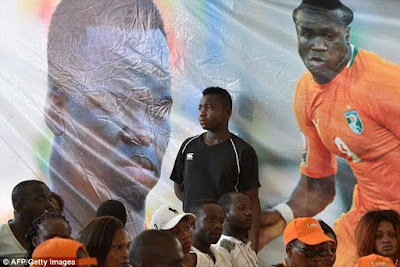