Photo: Lol! Man who slapped policeman’s wife pretends to faint as he is being dragged into a car in Calabar 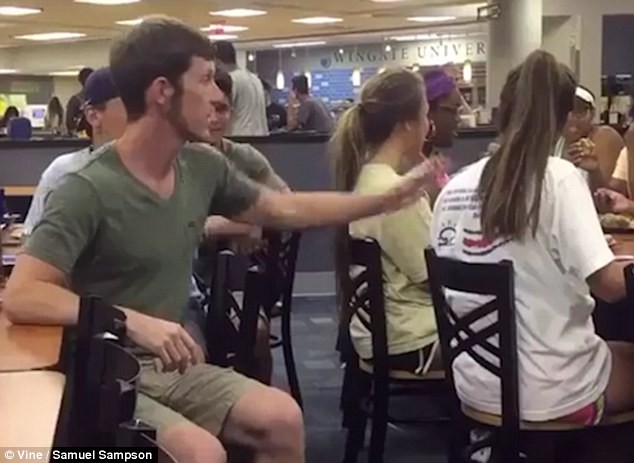 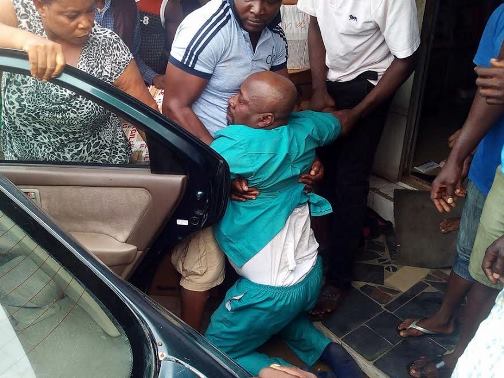 As posted on Facebook by Okon Otoyo earlier today…

“The man in the picture slapped a woman who was ridding a lady bike begging him to make way for her to pass since he was doing morning juggling to keeping fit,this man instead of heeding to her plea,he slapped the woman as if she rob him.
The Aftermath, he is now being drag by the husband to the woman who is also an official of the Nigerian police force. The film don turn sawa, he is now pretending, fainting etc.
Moral lesson, pls,be careful the way you think and regard woman or human being for God seek,such might turn out to be that big block you will never think should come your way at any time” 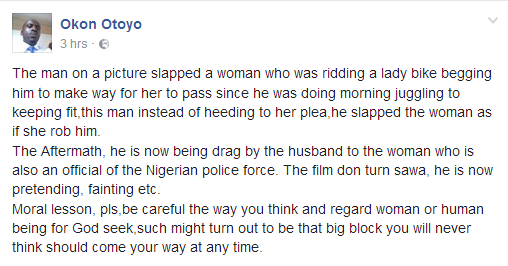