Peter Sallis, Of ‘Wallace And Gromit’ Fame Dies At 96 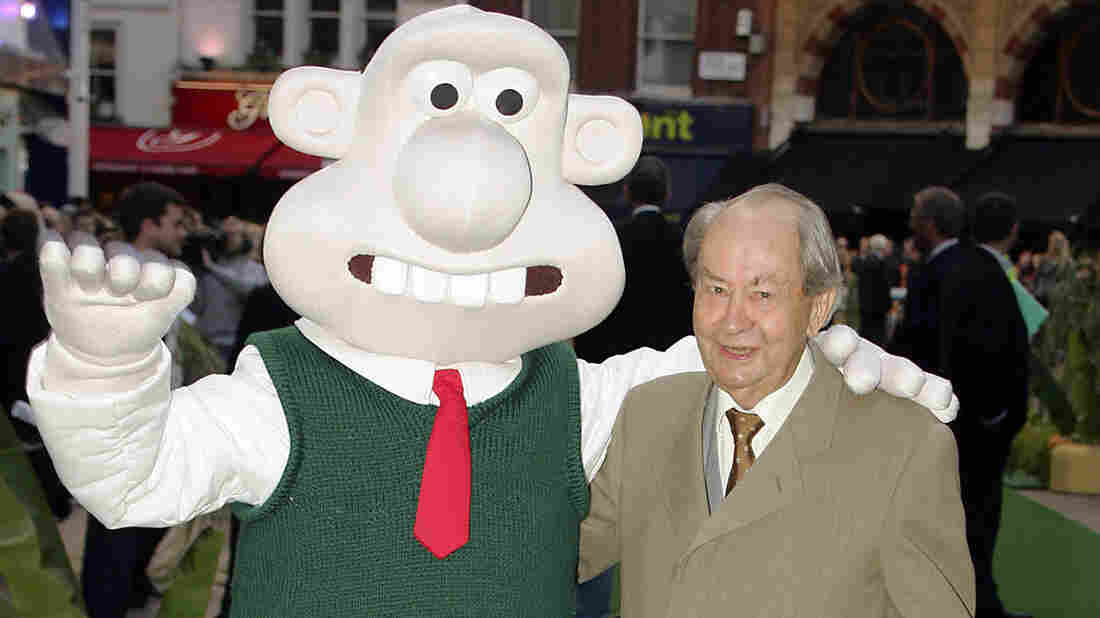 British actor Peter Sallis, who voiced the part of Wallace in the Wallace and Gromit cartoons posed in 2005 with a person dressed as that character at the movie premiere of Wallace and Grommit: The Curse of the Were-Rabbit. Paul Ashby/AP hide caption

Millions around the world grew to know British actor Peter Sallis as the cheese-loving inventor Wallace in the Wallace and Gromit clay animation shorts and movies.

In Nick Park’s animation, Wallace was a tea-drinking man from Yorkshire who got into adventures with his dog Gromit.

Sallis died on Friday at the age of 96, according to his agents Jonathan Altaras Associates in London.

In a statement, the talent agency said:

“It is with sadness that we announce that our client Peter Sallis died peacefully, with his family by his side, at Denville Hall on Friday 2 June.”

Denville Hall is a retirement home for actors.

Sallis was 68 when he began doing the voice of Wallace.

“Wallace and Gromit creator Nick Park led tributes to Sallis, describing him as a ‘unique character.’

” ‘I’m so sad, but feel so grateful and privileged to have known and worked with Peter over so many years. He was always my first and only choice for Wallace,’ Park said in a statement.

” ‘Working with him was always a delight and I will miss his wry, unpredictable humour and silliness — that started the moment he greeted you at the door, and didn’t stop when the mic was switched off.’

“Park added: ‘Peter had naturally funny bones and was a great storyteller and raconteur off stage too and would keep us amused for hours.’ “

Long before Wallace and Gromit, Sallis was an established actor and known in Britain for the long-running sitcom Last of the Summer Wine.

Sallis played Norman “Cleggy” Clegg from the first episode in 1973 until the series ended in 2010.

He was the only actor to appear in all 295 episodes of the sitcom.

The Wallace and Gromit films won three Oscars, and the BBC reports Sallis often spoke about how glad he was to have such success late in life.

” ‘It is pleasing knowing millions are going to see your work and enjoy it,’ he said. ‘To still be involved in a project like this at my age is heartwarming.

” ‘To have a legacy like this is very comforting. I am very lucky to have been involved.’ “