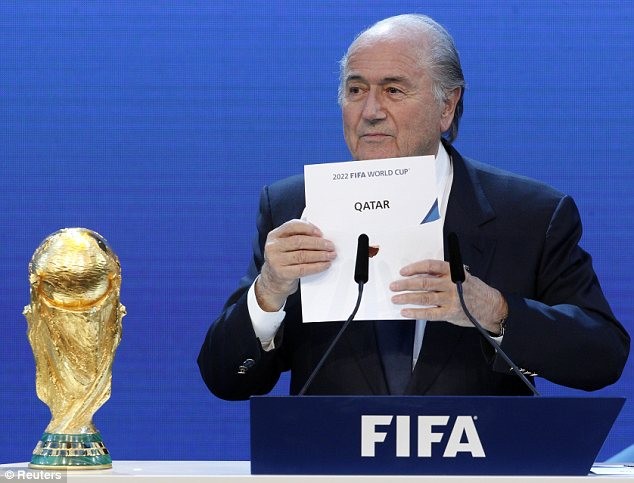 The diplomatic crisis sweeping the Gulf could invigorate a campaign by critics of Qatar to strip Doha of the 2022 World Cup, experts say.

Saudi Arabia, the United Arab Emirates, Bahrain, Egypt and Yemen were among those to cut diplomatic ties with Qatar on the grounds that Doha supported extremist groups “that aim to destabilise the region”.

One of the areas that could feel the impact is Qatar’s hosting of the World Cup, football’s biggest tournament, in five years’ time.

“This is a massive escalation in pressure on Qatar,” said Kristian Ulrichsen, a Gulf analyst with the Baker Institute at Rice University in Houston. “I think it will really have an impact if it lasts any time.”

Since being controversially chosen by FIFA in 2010 as the host, Qatar has maintained that it is a politically secure nation despite its location in a volatile region.

Doha has also emphasised that the tournament serves the entire Gulf, and not just the tiny gas-rich emirate.

Nasser Al-Khater, a senior figure with Qatar’s World Cup organising body, recently claimed that up to 1.3 million fans would visit Doha in 2022, the majority from the Gulf and “mainly from Saudi Arabia”.

But current events may challenge those notions, Ulrichsen said.

“One of its pitches [to secure the World Cup] was that Qatar is one of the most stable countries in the Middle East,” he said.

With that potentially called into question – and the fact that there are other countries which could host the event at little notice – organisers may be getting anxious, Ulrichsen said.

“Qatar will know that there are alternatives, so they will be looking over their shoulder,” he said.

Suggestions have been made previously that the United States, one of the countries that lost the race for the 2022 competition to Qatar, could take over hosting duties if necessary. China would also no doubt be keen to step in.

The crisis that erupted on Monday came only a few weeks after US President Donald Trump visited Saudi Arabia to cement ties with Riyadh and called for Muslim countries to unite against extremism.

In a brief statement, football’s governing body FIFA said it was “in regular contact” with Qatar 2022 organisers and had “no further comments for the time being”.