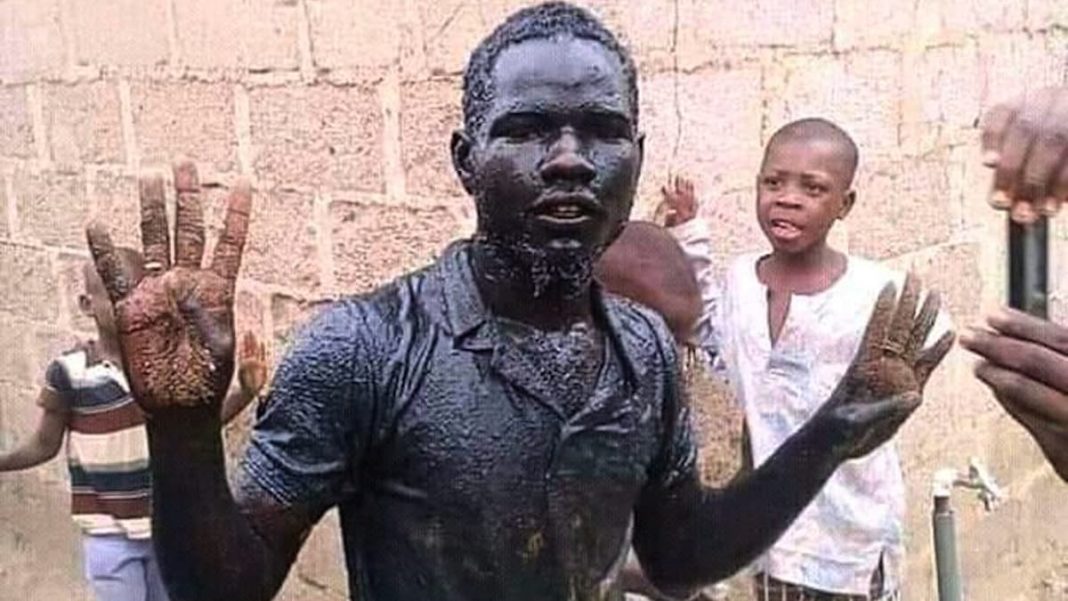 Aliyu Mohammed Sani, the man who swam and drank drainage water to celebrate President Muhammadu Buhari’s victory has dismissed rumour of his death.

Report went viral on Tuesday that Sani died after swimming in and drinking water from a drainage (gutter) to mark Buhari’s victory over Alhaji Atiku Abubakar of the Peoples Democratic Party, PDP.

Sani, a painter, also waved aside claims that he was taken to hospital over any form of complication.

Sani had vowed to jump into a gutter and drink the drainage water if President Buhari wins re-election.

Sani told Daily Trust on Wednesday that report about his death was a fabrication and fake news relayed on the social media.

Sani kept his promise after INEC announced that President has won the election.

The picture of Sani who did the ‘4+4’ sign after emerging from the gutter went viral.

However, on Tuesday, March 5, he was said to have died after battling with gastrointestinal bleeding in the hospital for days after his public stunt.

He said, “As I am talking to you now, I am on my way back to Bauchi after we finished a painting work somewhere outside Bauchi.

“It is true, I made the promise before the elections and I fulfilled it and I have no regrets.”