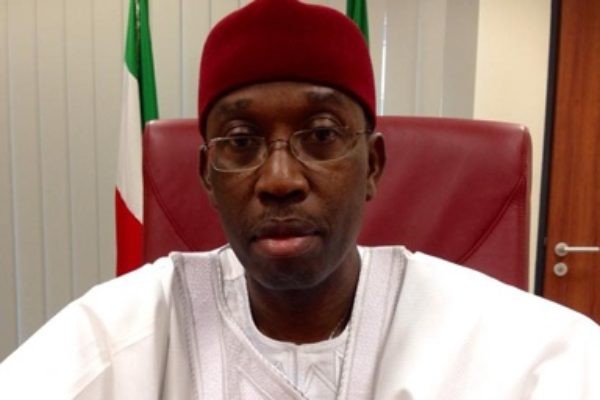 A retired blind primary school teacher in Abia State, Mr. George Nwabuisi, has appealed to the state government to pay him his gratuity and outstanding pension arrears to enable him take care of himself.

66-year-old Nwabuisi who hails from Obeawom Amahia, Akanu  Nchara in Ikwuano LGA of the state, said apart from being a blind man, his greatest challenge had been the irregular payment of his pension since he retired from the service after putting in 15 unbroken years as a classroom teacher.

Narrating his ordeal, Nwabuisi told Southern City News that his sight challenge started 35 years ago when he was working with one Ibru Organisation as a secretary in Lagos State.

He said, “I was not born blind, I obtained my GCE advanced level in typing shorthand and English in the year 1975/76. Then I went to Lagos, where I worked with a firm called the Ibru Organisation at 33, Creek Road, Apapa, Lagos State as the secretary for complete six and half years before I started noticing signs of blindness.

“I have gone for treatment at the Lagos State University teaching Hospital, I have gone to one doctor at Aba, who now works at the Specialist Clinic in Umuahia. The last place I went for treatment was Abak Eyes Special Clinic in Akwa Ibom State where foreign doctors treated me; all to no avail.

“It was this blindness that made me to lose my job in Lagos, So, I came back to my village to face my doom. But by the special grace of God, I met an American doctor at Mercy Hospital, Aba, who advised me to study braille.

“After doing the braille, I picked up teaching job. I taught with blindness in the midst of sighted because I wanted the people around here to understand that ‘the blind can see’. That was why I taught here.

“I gave my people a surprise they will never forget in a haste for the 15 years I taught at Nchara Loko Central School.”

Nwabuisi, however, lamented that life had not been easy for him since he retired from his teaching job after attaining the 60 years retirement age.

He said, “I was retired on the 14th of February 2014. My challenge now is that since my retirement, I have not got my gratuity and my pension is not coming regularly.

“The last pension I received was that of September 2016. Since then, I have not got any other alert despite that they were owing me gratuity and nine months pension arrears.

“Since I retired from the teaching job, I have not been doing anything. My wife has been the one taking care of my family with her farm work. I have three children; a daughter and a set of twin boys. My daughter is the only person I trained in the university. She studied Psychology at Madonna University, Okija. My worry now is that she has nothing doing.

“She joined one private firm where she is not being paid. She is worried too because she has the ability to do something. For my twin boys, one has taken JAMB three times and passed at each attempt, but he could not secure admission into the university because I have no money to pay or get him admission. His brother has his school certificate and is now learning electrical job.

“I want the government to give my daughter a job. I want them to pay me my gratuity to enable me to complete my house which I started since 1980. I could have finished it, but I could not because of my present condition.”