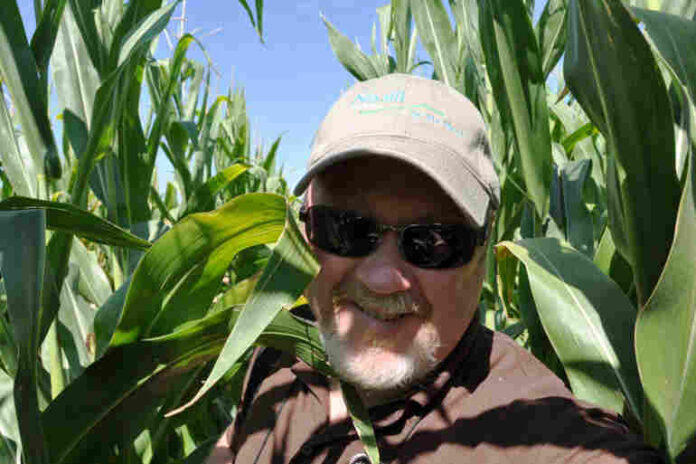 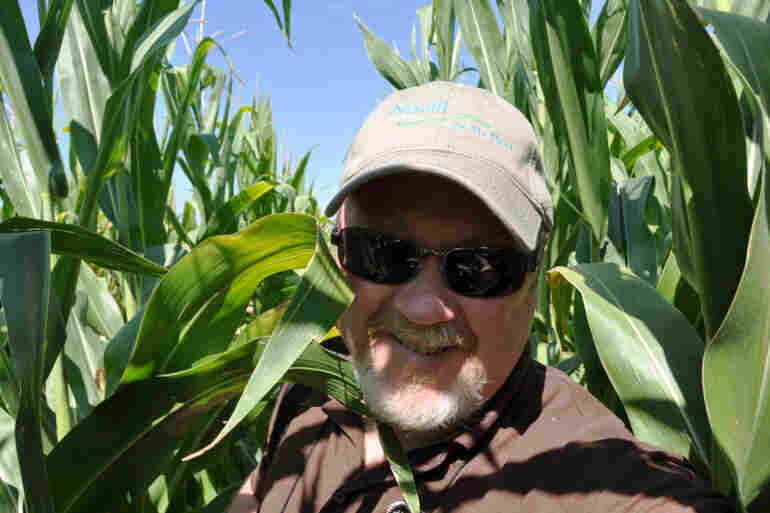 Journalist Chris Clayton writes for an audience filled with climate skeptics: farmers and leaders of agricultural businesses. He’s telling them that a changing climate will disrupt their lives. Courtesy of Chris Clayton hide caption

Journalist Chris Clayton writes for an audience filled with climate skeptics: farmers and leaders of agricultural businesses. He’s telling them that a changing climate will disrupt their lives.

When President Trump announced this week that he was taking the United States out of the Paris climate agreement, there were swift and vocal reactions from many industries —- but most of the organizations that represent American agriculture were silent.

Chris Clayton, though, a veteran reporter at one of the leading farm publications in the country, took to Twitter:

Since today seems all about doing something that goes against the facts and the world, I’m just saying, Cavs in seven. #NBAFinals

“Since today seems all about doing something that goes against the facts and the world, I’m just saying, Cavs in seven. #NBAFinals“

Clayton is a Midwesterner and agricultural policy editor at DTN/The Progressive Farmer. He’s also the author of The Elephant in the Cornfield: The Politics of Agriculture and Climate Change, which describes in detail how farmers and farm lobbyists have dealt — or, more often, refused to deal — with a changing climate.

It has sometimes put Clayton in an awkward spot, as he acknowledged when I reached him this week in his office in Omaha, Neb.

Does it make you nervous, as a reporter at a farm publication, talking about climate change?

All the time. I feel like the guy who has to tell people things they don’t want to hear. But if I simply ignore the topic or ignore the issues, am I doing anybody any favors?

Oddly enough, we were at a convention in Atlanta, where a freak ice storm shut us in. I was stuck at a bar, a Trader Vic’s, and got into a long conversation with friends who were analysts and lobbyists for Farm Bureau. [The group represents mainstream commodity farmers.] And I felt like the issue was not being fully addressed by farm groups.

The attitude you were hearing at the convention was ‘efforts to reduce greenhouse gas emission are a bad thing and we’re just against them?’

Yes, cap-and-trade specifically, the Waxman-Markey bill as it was called. Farm Bureau came out very aggressively against that bill, after pushing cap-and-trade throughout the decade before. During the Clinton administration, Farm Bureau was really one of the leaders in helping pitch the concept of a cap-and-trade plan that also partially would have paid farmers for sequestering carbon in soil, using the kind of practices that build organic matter. Farm organizations helped pitch this idea to the Clinton administration. By the time you get around to the debate in 2009, Farm Bureau takes a very skeptical attitude, and then starts inviting some of the strongest climate critics to become speakers at its convention.

You go into lots of detail on how the politics of this evolved. But I’m left with the overall impression that farm groups became more and more opposed to doing anything on climate change — and it was driven, as much as anything, by hostility to the Obama administration.

That’s accurate. Farm groups pushed back even before Obama had been officially put into office. There were press releases put out right after the election warning farmers about an impending EPA “cow tax” that was really a myth. But it pushed this narrative that the Obama administration was going to be anti-farmer.

Do you have any explanation for why the farming community is so hostile at this point to efforts to address climate change?

Well, EPA did not help itself at all. It’s a separate topic, but EPA really put a lot of fear into agriculture over the “Waters of the U.S.” issue. [This Obama administration rule defined which waterways are covered by the Clean Water Act; farmers considered it too expansive, and the Trump administration has moved to reverse it.] That really was a big driver behind a lot of anti-EPA sentiment out there, so the idea that you would have something involving greenhouse gas emissions which the EPA would oversee [created] a lot of fear of regulations coming back on farmers.

Unfortunately, you’re really going to have the proof in the pudding, so to speak, for farmers and agriculture to really change on this topic. In the meantime, you run more risk of droughts, more risk of floods, more risks of insects and pests affecting crops.

And just to be clear where you’ve ended up: You write that climate change is real and that it could have profound and negative effects on farming.

You know, the science has not changed. The EPA put out a really detailed report in 1989, as the Reagan administration switched to the first Bush administration — so under Republican administrations, it put out this big report on impacts of climate change over the next 30-50 years. Well, we’re almost at that 30-year mark, and you can see a lot of the impacts that EPA said were going to happen. We’ve seen algae blooms, California has water problems because of issues with snow packs.

Researchers at the University of Nebraska have said that North Platte, Neb., could have the same climate as Lubbock, Texas, 60 or 70 years from now. That’s hard to fathom. You don’t grow much of anything in Lubbock unless it’s irrigated. So that is the risk, especially in the Great Plains. The impact that it will have on farmers that don’t have really good irrigation will be pretty devastating. And this is what we don’t talk about much.

What kind of reaction do you get when you say this to farmers or farm lobbyists?

They’ve become pretty quiet on the situation, other than maybe the National Farmers Union [a smaller farmer group that’s more critical of big agribusiness companies]. We’re not really having much discussion about climate in agriculture at the moment.

Do you see attitudes in farm country changing at all?

Slowly and surely, I think. Part of the challenge that farmers have right now is the fact that even if the administration tells us that we’re not going to do anything differently, there’s a push down the supply chain to lower emissions. It starts at Wal-Mart. If Wal-Mart is telling food suppliers that I want lower emissions, and lower fertilizer use on corn acreage, it’s getting back to the farmer. You’ve got companies like Cargill and Unilever that have made these commitments to lower emissions and lower water use. So farmers are going to be asked to make these changes, but nobody is going to be paying them more for it. And this is what’s lost when you don’t have a policy.

Have you become a black sheep in the farm community?

A little bit. I’m trying to be the friend that says, don’t drink and drive. This is something that you need to pay attention to. That’s all I can do. If it gets me in trouble down the line, so be it.