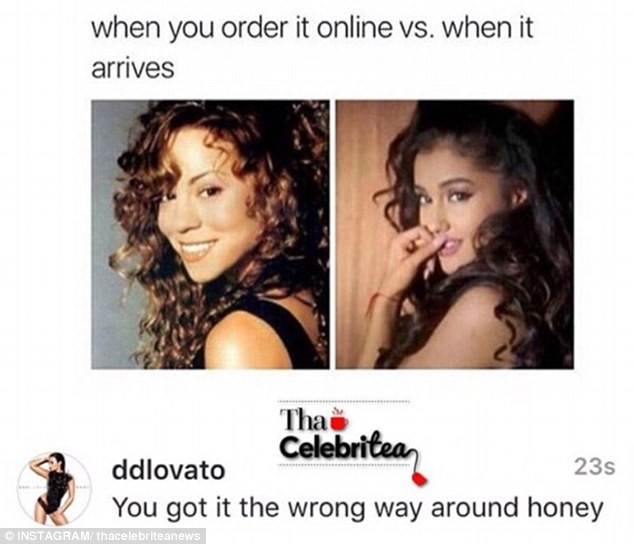 That’s the question fans and followers are asking after the “Cool for the Summer” singer posted new messages on her social media page this afternoon.

Shortly after Kathy spoke out in a press conference with her attorney Lisa Bloom, Demi took to Twitter with a cryptic post.

“I find it funny when bullies play the victim,” she shared with her 43 million followers. “Oops. I spilled my tea.”

The singer would also like a tweet from a fan that stated, “So @KathyGriffin states she will continue making fun of people, kinda like she made fun of my daughter @ddlovato for going into treatment.”

Earlier in the day, Kathy and her lawyers spoke out days after the comedian shared an image of herself holding up a prop meant to represent President Donald Trump‘s severed, bloody head.

“I made a horrible, horrible call,” Kathy said. “Trust me, if I could redo the whole thing, I’d have a blow up doll and no ketchup.”

She continued, “What’s happening to me has never happened in the history of this great country, which is a sitting president of the United States and his grown children and the First Lady are personally, I feel, personally trying to ruin my life forever.”

In the midst of all the controversy, a tweet from 2014 has surfaced where Kathy pokes fun at Demi.

When a fan asked who is the biggest douche celebrity you’ve met, Kathy responded. “Probably Debbie Lovato. Plus she should calm the f down bout Lady Gaga getting barfed on.”

And in her book titled Kathy Griffin’s Celebrity Run-Ins, the author dedicated several pages to the Grammy nominee.