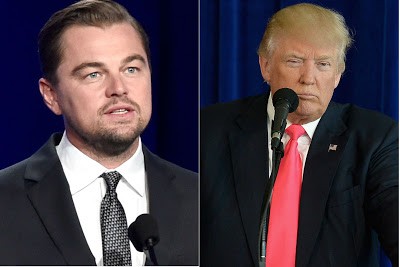 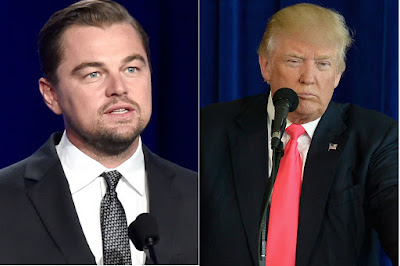 Hollywood actor and renowned environmental crusader, Leonardo DiCaprio is not here for President Trump’s position on climate change.
In an Instagram post soon after news broke that Trump would be withdrawing the U.S. from the Paris Climate Agreement, DiCaprio put the full force of his star power behind his beliefs saying, ‘our future on this planet is now more at risk than ever before’. Read his full post after the cut…

Today, the future livability of our planet was threatened by President Trump’s careless decision to withdraw the United States from the Paris Agreement. Our future on this planet is now more at risk than ever before. For Americans and those in the world community looking for strong leadership on climate issues, this action is deeply discouraging. Now, more than ever, we must be determined to solve climate change, and to challenge those leaders who do not believe in scientific facts or empirical truths. It is time for all of us to stand up, organize, fight back, and channel our energy into grassroots political action.
You can start by supporting these organizations on the front lines of this fight:
1. @NRDC_Org: nrdc.org
2. @indivisibleteam: indivisibleguide.com/act-locally
3. Resistance Manual: www.resistancemanual.org/Climate_/_Environment
4. Stand Up America: standupamerica.com/act
5. Take action on BeforeTheFlood.com/Act