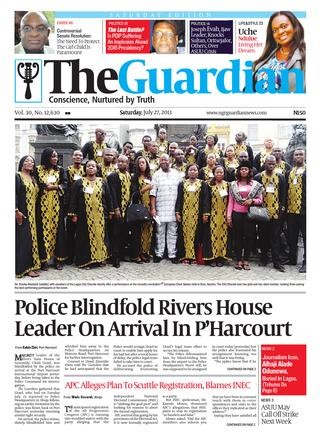 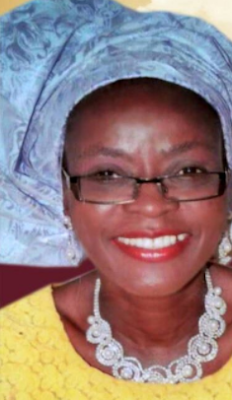 Funmi Ewebiyi, one of the popular voices on radio stations in Abeokuta, Ogun State has died.

She died last week after a long battle with breast cancer and details of her burial activities have been released. Late Funmi will be buried on Tuesday, June 6, 2017 in Abeokuta. 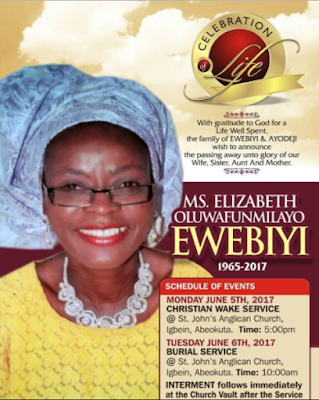 Until her death, she worked at different times as a freelance broadcaster, presenter, newscaster with OGTV, OGBC, Paramount FM and Rockcity FM, all in Abeokuta, Ogun State. She is survived by an only son. May her soul rest in peace, amen.
Share
Facebook
Twitter
WhatsApp
Pinterest
Linkedin
ReddIt
Email
Print
Tumblr
Telegram
Mix
VK
Digg
LINE
Viber
Naver
Previous articleLatasha Ngwube and her panel discuss the hottest topics and it’s a must watch!
Next articleChacha Eke Faani Shares Adorable Family Photos to Celebrate her 4th Wedding Anniversary