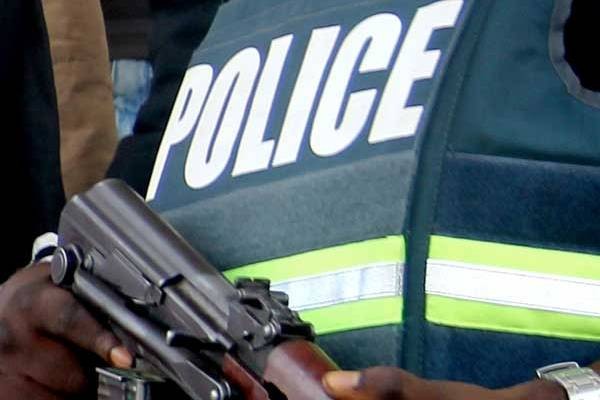 The Ogun State Police Command says it has arrested two brothers, Mathew Elegbede, 27, and Sunday Elegbede, 33, over the alleged murder of a 73-year-old man, Odeyemi Adebari.

According to police reports, the suspects were arrested following a complaint from the son of the deceased who reported at Agbara Division headquarters of the command, that the two brothers attacked his father with a machete and inflicted injuries on him, which led to his death.

The state Police Public Relations Officer, Abimbola Oyeyemi, said the deceased was rushed to the hospital where he was admitted but died four days after as a result of the injuries he sustained during the attack.

The police spokesman said on Monday 12th June, Mathew Elegbede reportedly broke into the apartment of a tenant in the house of the deceased and the tenant raised the alarm that he did not know the mission of the suspect in his apartment.

He said the deceased on hearing the alarm raised by his tenant came out to see what was happening.

He said, “The deceased then came out to challenge the audacity of Mathew to come into his house uninvited. Mathew was said to have run away only for him to return with his elder brother, armed with a cutlass in which they used to inflict injuries on the deceased which resulted in his death.

Oyeyemi said Divisional Police Officer, Agbara Division, Adegbite Omotayo, led his men to effect the arrest of the two brothers and they have made useful statements to the police.

Meanwhile, the state Commissioner of Police, Ahmed Iliyasu, has ordered the transfer of the case to Homicide Section of the State Criminal Investigation and Intelligence Department, Abeokuta, for further investigation.