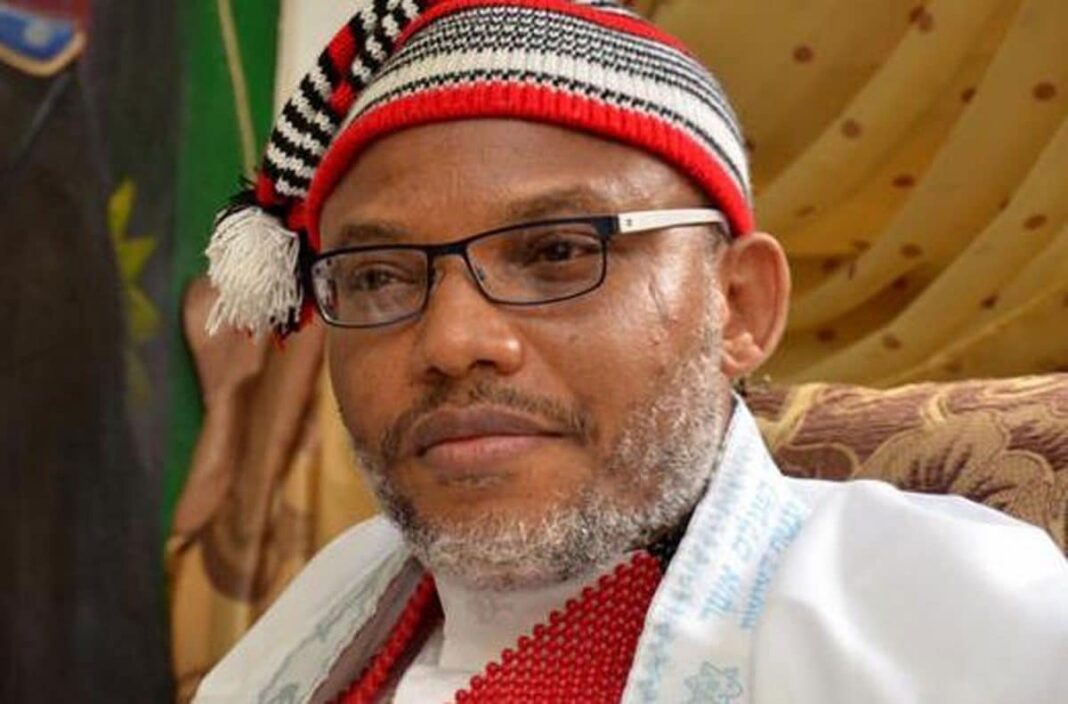 The secessionist group’s leader insisted that its Radio station would be established in the president’s community within the next six weeks.

The IPOB leader, who spoke through the group’s spokesman, Emma Powerful, was reacting to a report that the Nigerian government had approved N654m to monitor and crash Radio Biafra’s frequencies in the Southeast.

He stressed that the launch was to prove that IPOB was indefatigable.

According to the IPOB leader, the wife of the president, Aisha would soon start listening to Radio Biafra in Daura, Katsina State.

A statement by Powerful said: “The attention of the global movement of the Indigenous People of Biafra (IPOB) ably led by our great Leader, Mazi Nnamdi Kanu, has been drawn to the approval of N654m by the Federal Government of Nigeria to monitor and crash Radio Biafra frequencies in the country particularly in South-East and South-South geopolitical zones. This wicked but futile decision was taken during their Federal Executive Council meeting held Wednesday, 7th of October 2020.

“In fact to prove to them how formidable we are, within six weeks from now, IPOB will launch Radio Biafra in Daura, the home town of Buhari who presided over the FEC that took this foolish decision.

“Any time Aisha visits Daura she will receive Radio Biafra frequency and listen to the gospel of freedom by our Leader, Nnamdi Kanu.”