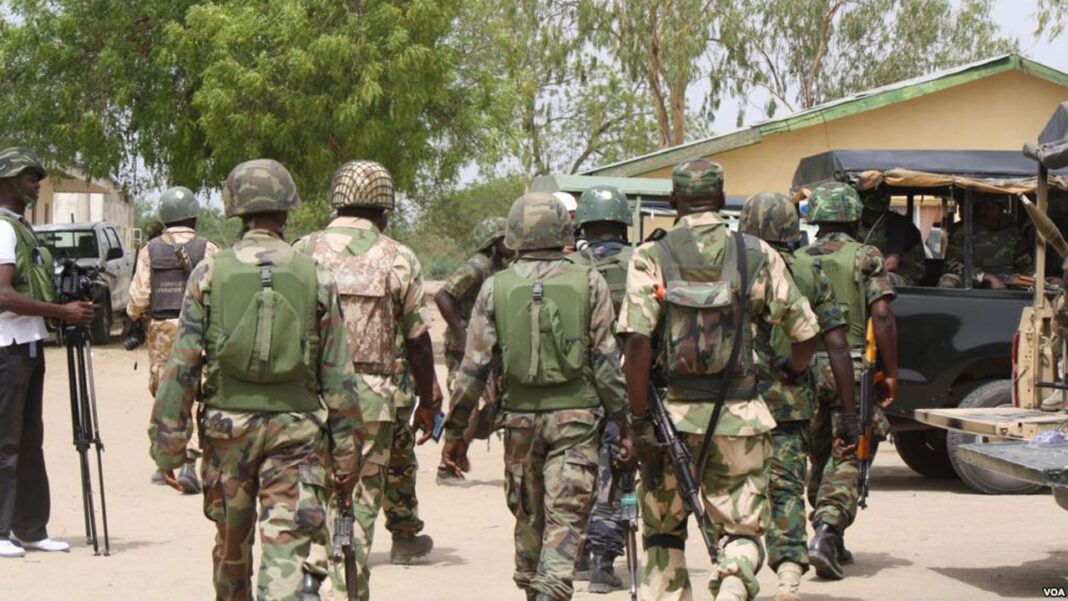 NAN reports that Omozoje made the call during the Fire Night organized as part of activities marking the West African Social Activity (WASA) for 2019 in Okitipupa.

Represented by Col. Auwal Haruna, Chief of Staff of 4 Brigade, Benin, Omozoje said: “To the officers and soldiers of this battalion, I hereby congratulate you for seeing the end of another demanding year.

“I want to use this opportunity to implore you all to remain disciplined and continue to abide by all existing regulations as well as for instructions that will be passed to you from time to time.

“We must also be focused and stand firm in order to checkmate militancy, bunkering, vandalism of oil and gas infrastructure, piracy and kidnapping, among other criminal activities in the state and Nigeria at large,” Omozoje said.

The GOC further charged the officers and soldiers to discharge their lawful duties without intimidating citizens.

He called on members of the public to cooperate with the Nigerian army and other security agencies to ensure that crimes were reduced in the country.

The Nigerian Army has been at the forefront of a battle against insurgency in Nigeria.