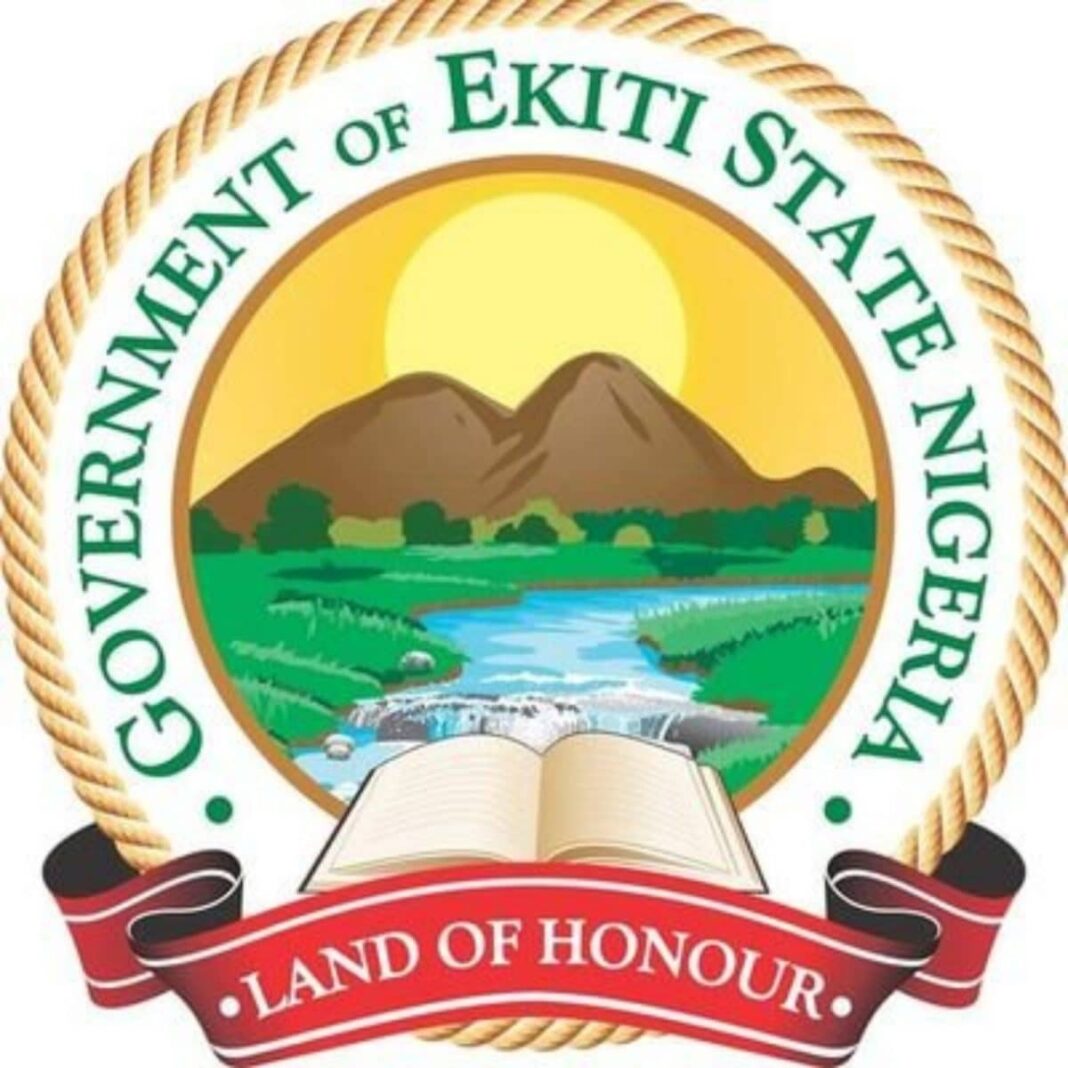 Respite has come the way of Oba Boluwade Adebiyi, the Alare of Are Ekiti, who has been embroiled in a dispute with thirty traditional chiefs in his kingdom and had seen them boycott the palace in the past three months.

The Ekiti State Government has reconciled the monarch with the warring chiefs through a peace effort led by the Deputy Governor, Otunba Bisi Egbeyemi, who was supported by other political office holders and leaders of thought from Irepodun/Ifelodun Local Government.

According to a statement on Thursday by the Special Assistant on Media to the Deputy Governor, Odunayo Ogunmola, the chiefs have agreed to sheath their swords after two rounds of peace meeting.

The truce was brokered by Egbeyemi to reconcile the traditional ruler with the aggrieved chiefs to henceforth work together for peace and development of the town.

Led by the Olotin of Are Ekiti, Chief Temidayo Olubodun, the chiefs in a petition to the state government accused Oba Adebiyi of highhandedness, autocratic tendencies, hostility towards prominent indigenes, involvement in partisan politics, disrespect to church leaders, actions that violate the traditions of the town, among others.

But the embattled Oba Adebiyi who defended himself in his submissions before the Deputy Governor denied all the allegations leveled against him saying he had always pursued the interests of the town to the best of his ability.

The Deputy Governor who expressed gratitude to other personalities that joined in the peace efforts advocated mutual love and unity between the two parties to foster meaningful development which, he said, cannot take place in an atmosphere of conflict.

Egbeyemi, who amended the peace terms to arrive at a mutually acceptable package, urged the chiefs to go back to the palace and perform their functions to support Oba Adebiyi in the day-to-day administration of the community and rallying its indigenes at home and abroad for development.

The Deputy Governor advised the royal father not to meddle in the finances of the community and to engage the services of an official driver which are parts of the grievances of the chiefs while an Advisory Council be set up to deliberate on issues of development.

Prof Orubuloye, himself a prince of Are, had earlier briefed the meeting on two follow-up meetings held in the community after the first parley at the Deputy Governor’s Office.

According to him, some resolutions towards achieving peace were reached at the two meetings held on the home soil which formed the basis of the peace accord ending the conflict.

Following the clause-by-clause amendment of the peace accord, the chiefs said they had forgiven Oba Adebiyi and would henceforth return to the palace to resume the duties they had earlier boycotted.

The chiefs commended Egbeyemi for his fatherly intervention saying their resolve to return to their community to work with the monarch was borne out of genuine desire to toe the line of peace, forget the wrangling of the past and work towards a brighter future.

In his remarks, Oba Adebiyi appreciated the state government for reconciling him with his chiefs noting that the resolution of the crisis had offered a new beginning to take the kingdom to greater heights.

The traditional ruler said he had always worked and spent his personal resources for the infrastructural development of the community and said he would always rally eminent sons and daughters for development efforts since he can’t do it alone.

Oba Adebiyi expressed relief that the crisis of confidence is now over and would be ready to work with the chiefs as a united team for the progress of the kingdom.