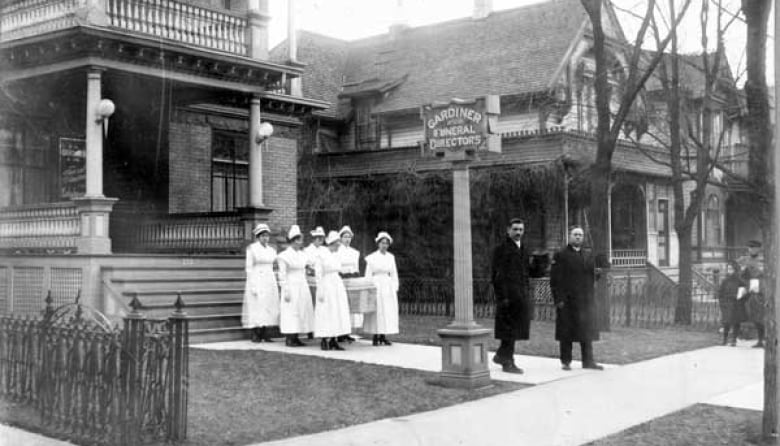 It may seem like things are returning to normal as the unprecedented rules and restrictions that have governed our lives over the past two months are slowly being loosened.

This week, some retailers in Ontario reopened their doors. Golfers and tennis players hit the links and the courts. And even if you can’t get a haircut yourself, your dog can now go in for a trim. In Quebec, police checkpoints have disappeared from bridges and elementary students are back in school.

But epidemiologists are warning it’s still too early to let our guard down as they look ahead to the inevitable second wave of COVID-19 and the surge of sickness and death it could bring.

“Until we get the vaccine, I don’t think we can really avoid the second wave,” said Rama Nair, an expert in epidemiology with 40 years’ experience as a teacher and researcher at the University of Ottawa.

Nair believes returning too quickly to our pre-COVID-19 lives, when we hugged friends and went hours without washing our hands, could undo the gains we’ve made in containing the novel coronavirus.

“It’s not just going to disappear,” Nair said. “We haven’t reached anywhere near the herd immunity that we require to avoid a second wave.”

That absence of herd immunity — when a sufficiently high proportion of the population is immune to a contagious disease, thus controlling its spread — is something Dr. Doug Manuel, a senior scientist at The Ottawa Hospital, likens to kindling.

For example, according to Manuel, about 99 per cent of Ottawa’s population is likely still vulnerable to COVID-19. That means only about one per cent of the population has contracted the disease — health officials have said confirmed cases likely represent only a fraction of the actual number — something researchers regard as both a success and a dangerous vulnerability.

The key, Manuel said, is to keep that new spread under control.

“We have to be very careful. This is a tricky virus,” he warned. “I think what distinguishes COVID is this high ability to spread before you even have symptoms.”

Lessons from the Spanish flu

It was the second wave of the Spanish flu in the fall of 1918 that tore through hospitals and killed people within hours of the first symptoms appearing.

Esyllt Jones, a University of Manitoba historian who has studied the Spanish flu, said while the illness was especially deadly and virulent, its spread was abetted by the slow reaction of public health officials at the time.

“The lessons of the [Spanish] flu pandemic are mostly lessons of what didn’t work,” she said.

A lack of government assistance a century ago meant sick people had little choice but to go to work. And while there were similar shutdowns — gatherings at schools, churches and pubs were often verboten — any notion of physical distancing only lasted a month or so, not nearly long enough to stamp out the virus.

The results were catastrophic.

It’s believed the infection rate of the second wave of the Spanish flu was between four and five times greater than the first wave, which had mostly infected returning First World War soldiers, Jones said.

In the end, the Spanish flu killed about 50,000 Canadians at a time when the country had a population of about eight million.

It’s facts like this that have prompted University of Ottawa mathematician Robert Smith? (the question mark is part of his name) to cancel his fall travel plans.

“There is potentially a tsunami happening,” said the professor, who models infectious diseases. His estimates, like other epidemiological models, predict another wave of COVID-19 by late summer.

“Diseases like this do tend to come in waves, and often the second wave is much worse than the first one,” he said.

“We will start to build back society, there will be limited travel and then travel will increase, and then probably when we’re not quite looking at it, there will be another wave.” He believes that will happen in September.

Manuel’s own modelling also shows a spike in hospitalizations in September in Ottawa if social contact rises by even 20 per cent between now and then.

Hospitalization projections at The Ottawa Hospital

Twenty per cent might not sound like much but it actually represents a dramatic shift from our current distancing habits, he said. If we keep up what we’re doing now — limiting our contact with others, wearing masks and washing our hands — Manuel believes we can avoid a second wave altogether.

“It’s absolutely not written in stone [that it will happen]. But it’s up to us,” he said.

Individual behaviour is hard to predict, plus Canadians have never been through a lockdown quite like this before. While it appears we’ve beaten back the first wave, there is the danger that it could breed false confidence.

“We just don’t know how people are going to react,” Manuel said. “If we’re coming into more contact with people who are infectious, it’s just going to take off again.”