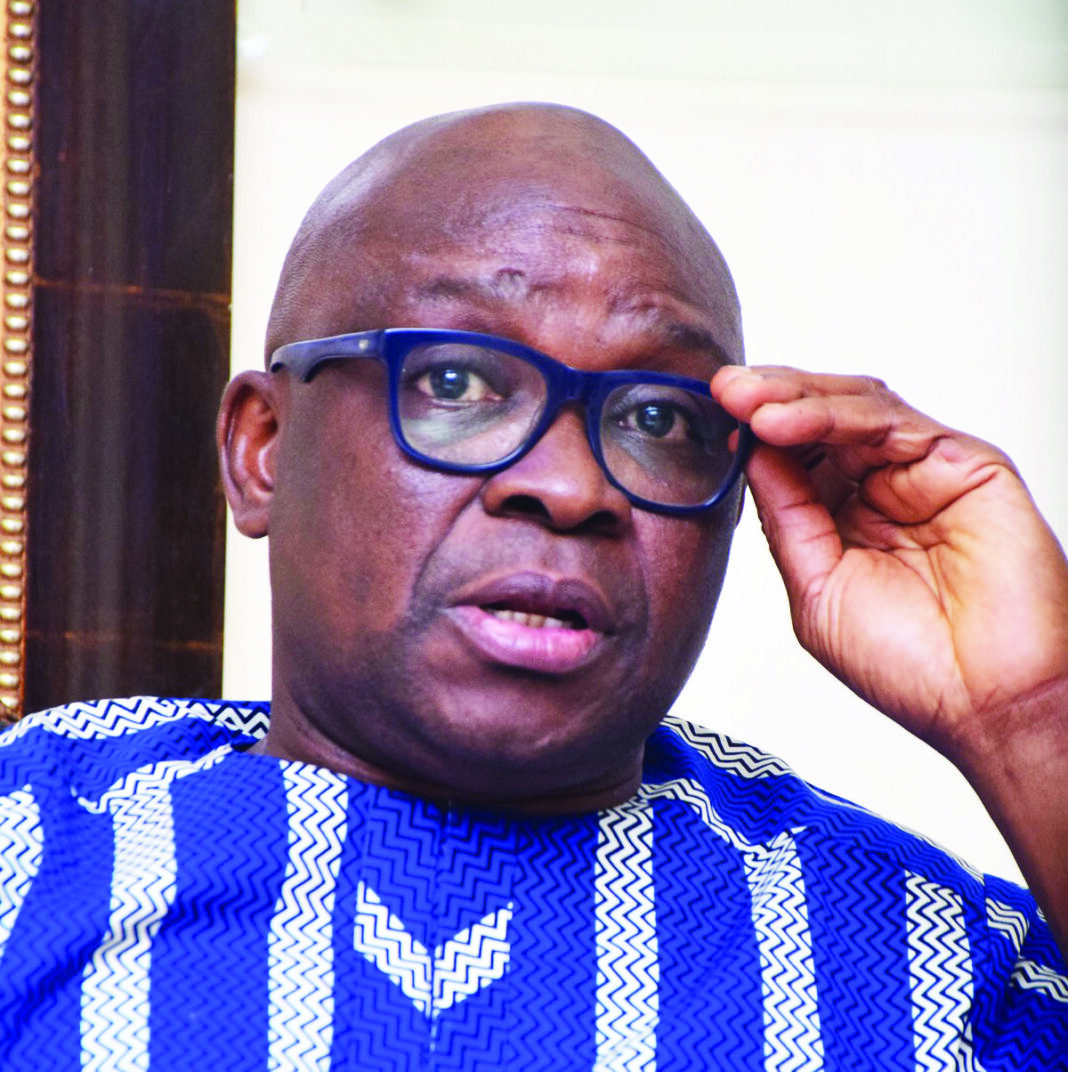 The Economic and Financial Crimes Commission (EFCC) on Friday, accused the defense counsel in the ongoing trial of former Governor of Ekiti Ayodele Fayose of ”tampering” with its key witnesses.

EFCC Counsel, Mr. Rotimi Jacobs, SAN, made the statement at the resumed trial of Fayose facing charges bordering on N6.9billion fraud in a Federal High Court in Lagos.

Jacobs was responding to an application by the team of defense counsel, Ola Olanipekun, SAN and Olalekan Ojo, challenging the competence of a proposed third witness sought to be sworn on oath.

He was first arraigned on Oct. 22. 2018, before Justice Mojisola Olatotegun, alongside his company, Spotless Investment Ltd, on 11 counts bordering on fraud and money laundering offenses.

He had pleaded not guilty to the charges and was granted bail on Oct. 24, 2018, in the sum of N50 million with sureties in like sum.

At the last adjourned date on Oct. 21, EFCC called its first witness Mr. Lawrence Akande, a Zonal Head of a second-generation Bank covering South-West one

Both witnesses had concluded their evidence, were cross-examined and discharged.

On Friday, EFCC called its third witness, Mr. Johnson Abidakun, who is Head of Operations of the bank Ado-Ekiti branch

The witness entered the box and was about to be sworn on oath when first defence counsel (Olanipekun) raised objection supported by Ojo.

The defense had accused the EFCC of “prosecutorial misconduct” on the grounds that they (defence) had sought leave of court to study the proof of evidence of the witness and had noticed he made judicial statements.

Recall that the prosecution had called its 13th witness, one Mr. Adewale Aladegbola, who had during trial introduced himself as the driver of a bullion van in the Ado-Ekiti branch of the bank during the aborted trial before Justice Olatoregun.

Defense counsel told Justice Aneke that although the testimony of that witness was abruptly stopped by the prosecution, they never declared him hostile, but has now called the instant witness (Abidakun) to “cure” the lacuna of that previous witness.

In response, Jacobs, who appeared irked by the assertions of defense counsel said: “I thank God that my learned friend is not the one presiding; they have alleged prosecutorial misconduct on my part, and so. I have to explain to my lord that we did not misconduct ourselves

“It is just because of my relationship with defense counsel, otherwise, I know what his client (referring to Fayose) would have been going through by now.

“I know what happened with that witness; we obtained statements from that witness, he was in the witness box, only for him to be approached later and asked to change his evidence.

“He was visited in his house, and the witness made a statement to the EFCC afterward,” he said

At this point, the defense raised objection on the grounds that the prosecutor could not be giving evidence on such a scenario, as he was not present or an eye witness.

There were subsequently, objections, replies, and replies on points of law before the court said he would give an adjournment to enable him to decide on the issues raised.

He consequently, adjourned the case until Nov. 28 by noon and Nov. 29 by 9 a.m. for ruling and continuation of trial