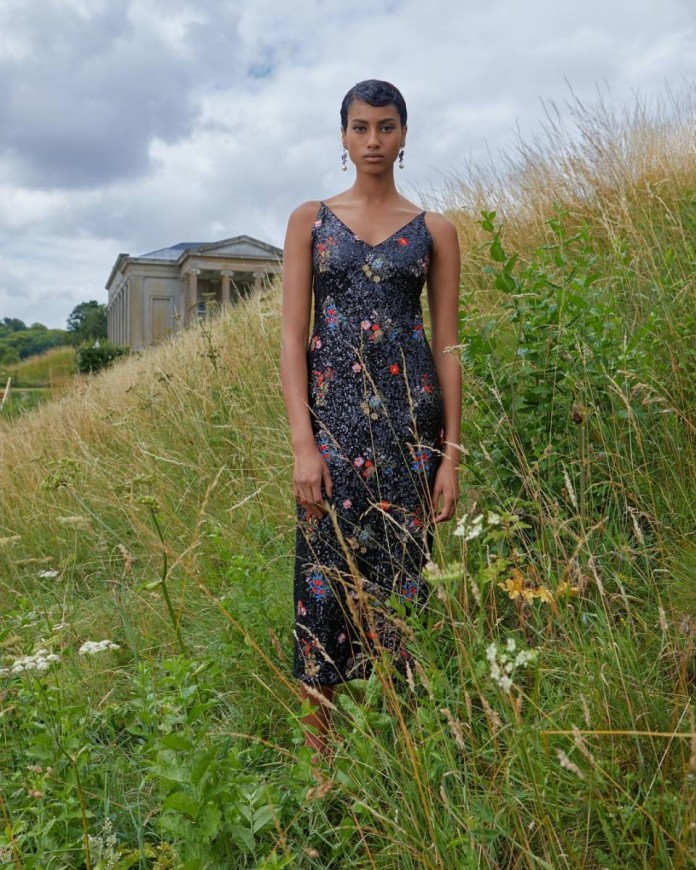 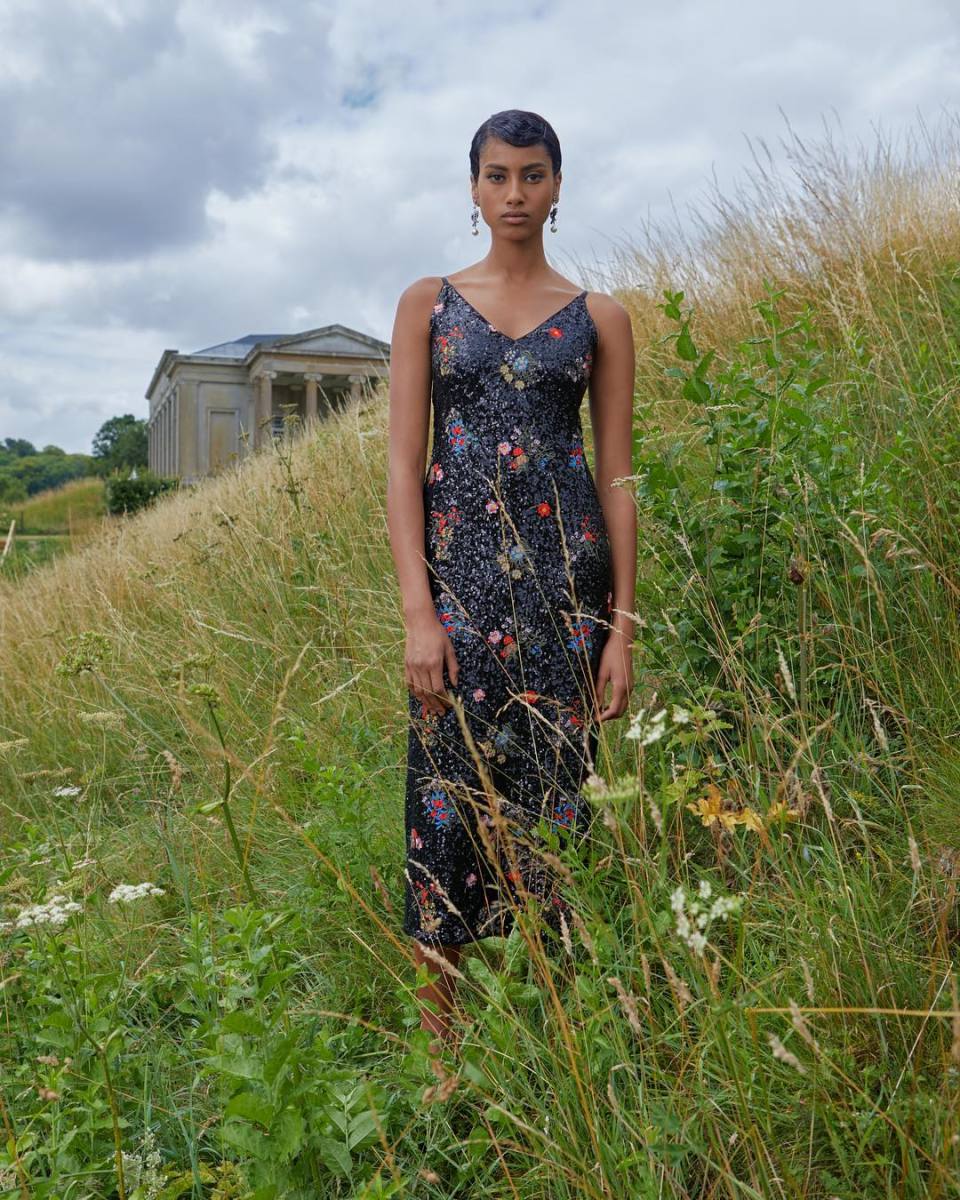 Do fashion collaborations need a revamp?
Mass-market fashion retailers have a history of “cheap and chic” designer collaborations — take Victoria Beckham x Target and Kenzo x H&M. However, when H&M announced their annual fashion collaboration with Erdem last month, the internet did not spontaneously combust as it had with previous designer capsules (let’s not forget the Balmain x H&M top model subway shot). Perhaps Erdem’s focus on floaty floral-printed tea dresses misses the mark on the mega-retailer’s consumer base who devoured Alexander Wang’s “urban survival” gear back in 2014, or maybe the label’s relatively small following can’t compete with the big-name collaborators of the past, like Karl Lagerfeld, Stella McCartney and Versace. BoF explores whether H&M’s designer capsules have become too formulaic. {Business of Fashion}

Emily Weiss revealed that Glossier is set to release a fragrance
In a recent conversation with Glamour UK’s Beauty Director Alessandra Steinherr at a “Top Shelf Live” session, Glossier‘s Founder and CEO Emily Weiss let slip that Glossier’s next product is a first for the brand: “We’re actually working on a Glossier fragrance that will be coming out soon,” she told Steinherr.{Into The Gloss}

Luxury brands fall behind beauty brands in earned media value Although we are living in a Gucciverse, beauty brands drive more digital conversion than luxury ready-to-wear or accessories, in part because beauty products lend themselves more readily to conversations about which products to use and how to apply them. In addition, beauty brands foster relationships with thousands of micro-influential consumers, whereas luxury brands are more likely to employ macro-influencers and rely on elaborate marketing spectacles. In turn, the world’s top five beauty brands generated a total of $1.9 billion in earned media value, $688 million more than the top five luxury fashion brands in the first six months of 2017. {Business of Fashion}

Sources say The Met is eyeing fashion and religion for next costume exhibit
According to multiple sources, the Metropolitan Museum of Art’s Costume Institute will reportedly take on fashion and religion as the theme of next year’s major exhibition. The walls between Church and closet will be broken to recognize a series of designers — Jeremy Scott, John Galliano, Prabal Gurung — who have referenced religion in their collections. {WWD}

Lyst and BoF crunch the numbers for fashion’s hottest brands and products Business of Fashion and Lyst just released the first installment of The Lyst Index: a new quarterly report ranking fashion’s most sought-after brands and products. The fashion search platform partnered with BoF to create a new statistical formula that takes into account search, page views (across devices), engagement, intent rate and conversion. Below, the findings for “hot brands” and “top products” for Q2 2017. {Fashionista Inbox} 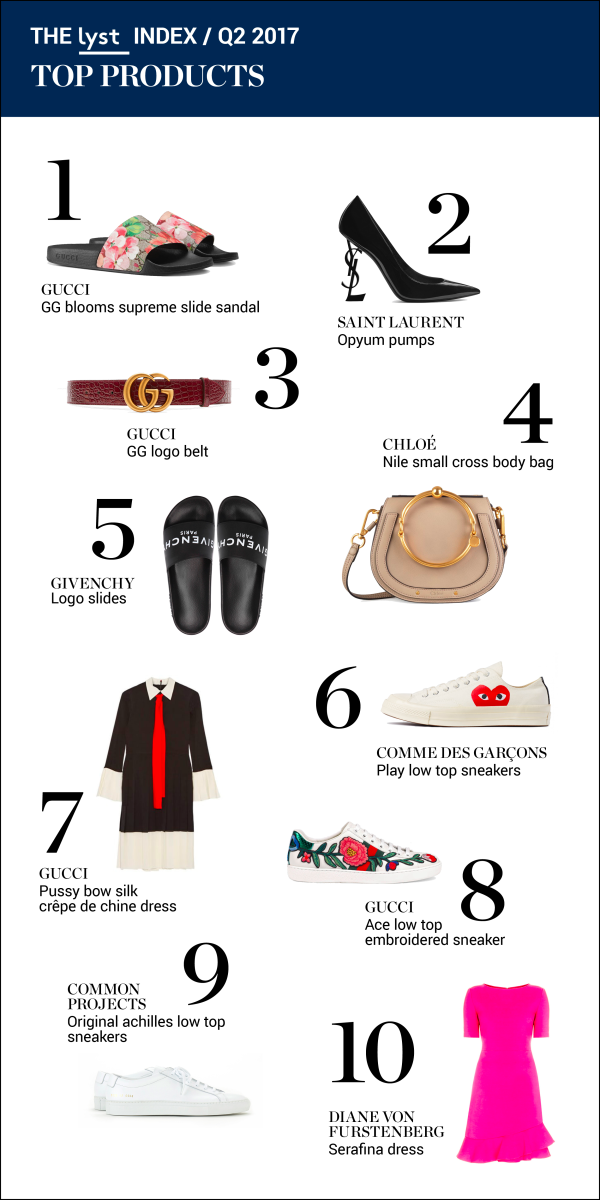 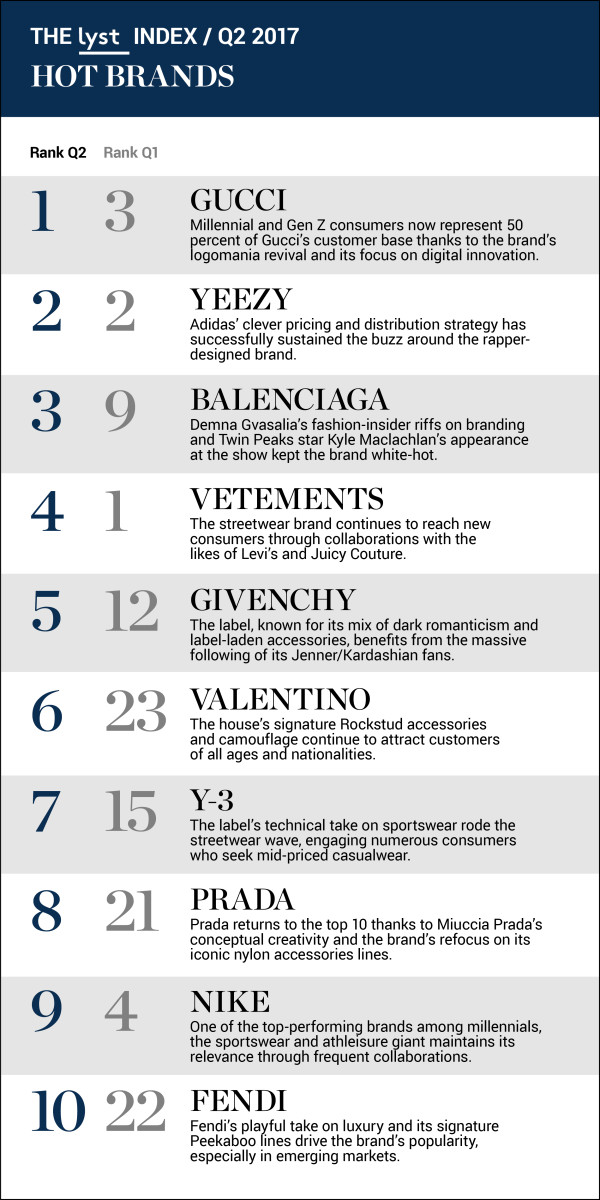 ‘The Guardian’ interviews Pat McGrathThe Guardian caught up with legendary makeup artist Pat McGrath to talk finger-blending skin techniques, her pal Edward Enninful and just about everything else that has contributed to her success in the fashion industry. In the interview, McGrath digs deeps to speak about continuing her mother’s eternal search for makeup designed for women of color and how she managed to get her first big break while wearing bold lipstick all over her face. {The Guardian}

New retail report reveals malls in Dubai are thrivingMalls, like DVDs, are among the dead and dying, as we at Fashionista have reported on extensively. However, that’s not the case in Dubai, where a new report from Sàvant Data System revealed a booming retail market. According to the findings, there was a 5.8 percent year-over-year increase in footfall within shopping malls in the city. The report attributes the success to Dubai’s thriving tourism sector — the city is currently ranked the most active shopping destination in the world. {WWD}

Supermodel Ashley Graham covers New York Magazine‘s fall fashion issue
The only thing better than raiding Dolce & Gabbana‘s archives from the ’90s is doing so and putting Ashley Graham in them for a vintage-inspired fashion shoot. That’s precisely what New York Magazine did for its fall fashion issue, which features Graham playfully posing in silky, lace pieces from the Italian fashion house. In the accompanying interview, Graham talks ditching the phrase “plus-size,” and reimagining what it means to be a supermodel. {The Cut} 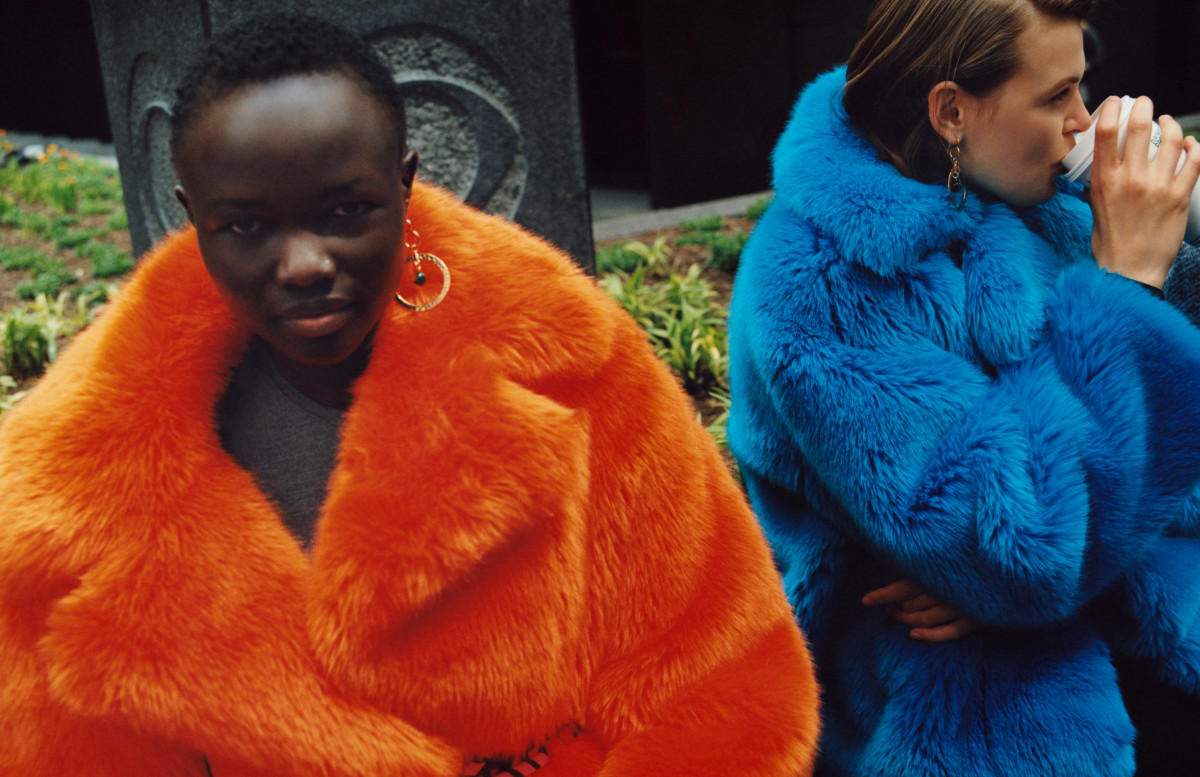