Must Read: Blake Lively Says She’s Far From Perfect in ‘Glamour”s September Issue, How Long Can Kering Keep It Up? 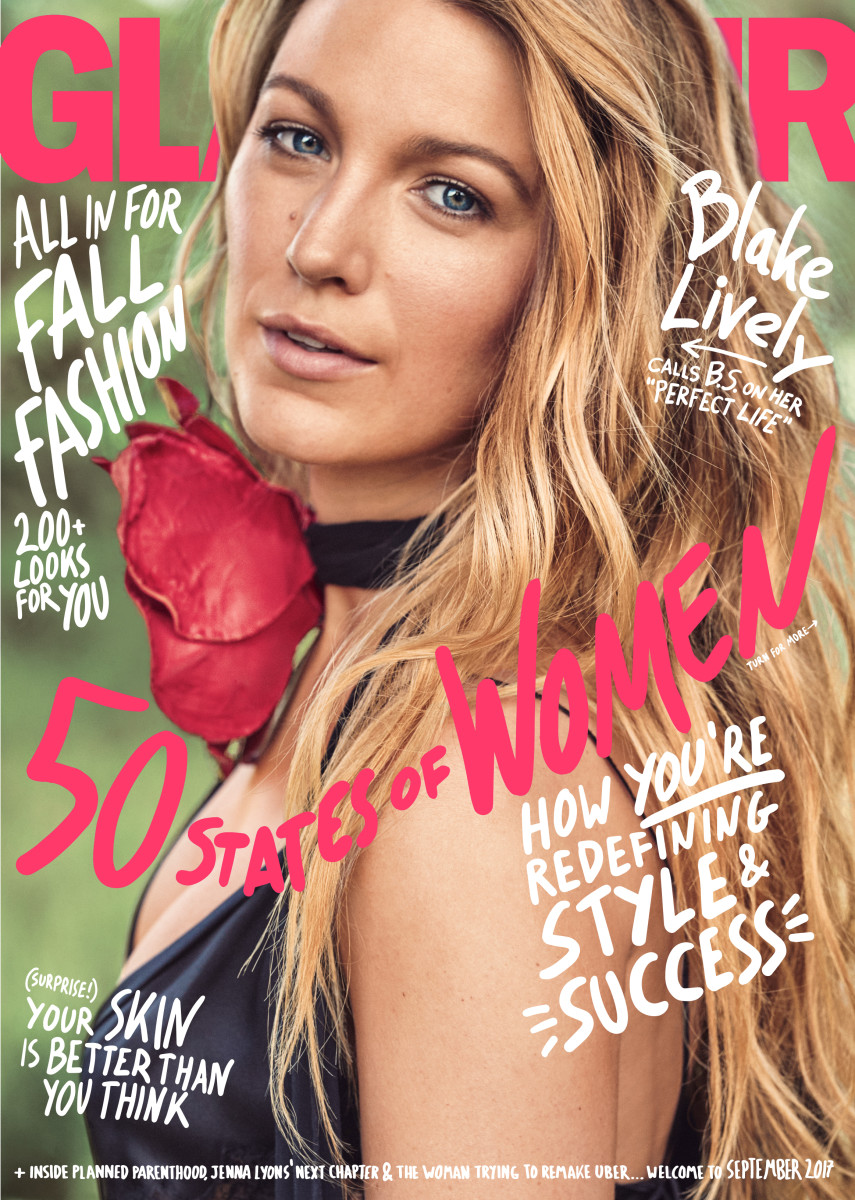 Blake Lively fronts Glamour‘s September issueBlake Lively wears an oversize flower choker and LBD —courtesy of Saint Laurent — on Glamour‘s September cover. The once-blonde bombshell of the Upper East Side-turned-mother of two little girls shows off her natural beauty with tousled waves and bronzed skin. Inside, Lively discusses her role in her upcoming film “All I See Is You,” husband Ryan Reynolds, her parenting goals, how she’s developed a feminist attitude and her very close friendship with her “Sisterhood of the Traveling Pants” co-stars. Head to Glamour for the full cover story. {Glamour}

How long will Kering’s success continue?
The French luxury conglomerate that cradles some of fashion’s top labels has continued to experience unrivaled success in the luxury space. For starters, the company’s 2016 fiscal year was its strongest since 2012, due to performance growth in almost every region; a flourishing Gucci, a steady Saint Laurent and a rising Balenciaga have truly put Kering on a positive trajectory. The future success of the company will depend on whether these creative directors can continue to churn out coveted consumer goods: Will Alessandro Michele‘s maximalist grandma-gone-chic look transcend current trends? Can Anthony Vaccarello keep Saint Laurent’s core collection of boots, blazers and bags in high demand? And will Balenciaga’s unconventional silhouettes fit in? Only time will tell. {Business of Fashion}

The evolution of influencers has created a blogger divide
According to WWD, there are two types of influencers, “those who convert and those who don’t.” Reaching the coveted million-follower milestone is what once legitimized an influencer, giving them aspirational-yet-attainable star power and massive paychecks. But a new divide upon entry into this coveted club is taking shape: Once a blogger attains a certain status, they’re able to successfully drive sales or brand awareness — but rarely both. Some influencers boast social media followings of several million — Kristina Bazan, Chiara Ferragni — and they’re who brands turn to for brand awareness, while some have followings right around a million — Christine Andrew of “Hello Fashion” — and are proving to have a selling power that trumps their peers with five to 10 times that number of followers. {WWD}

Gianni Versace’s boyfriend condemns new portrayal of the designer’s murder
Gianni Versace was murdered at his Ocean Drive home in 1997 when, at the time, the Italian designer was in a 15-year relationship with model Antonio D’Amico, who was drinking coffee on their veranda when he heard the fatal gunshot. Versace’s shocking death has been heavily chronicled throughout international books and documentaries, with the anthology series “American Crime Story: Versace” scheduled to air in the early part of 2018. Now, D’Amico is now coming forth to voice his upset with past fictitious portrayals of the murder, claiming he has not been consulted for the upcoming series. {Dazed}

Off-White opens shop in New York City
It’s official: Virgil Abloh is super-human. With countless projects and collaborations in the works, the mastermind behind Off-White has still found time to open a New York City store, dubbed “Empty Gallery,” for his successful fashion label. The boutique will sell Off-White products, but will also function as a concept space that fuses contemporary art and commerce. This is the brand’s first brick-and-mortar retail space in the U.S. {Hypebeast}

Kate Middleton proves she mortal in a recycled Alexander McQueen outfit
Over the weekend, Kate Middleton outfit-repeated — you’re not alone, Lizzie McGuire! This isn’t the first time the Duchess of Cambridge has committed what some would deem a sartorial offense; she has a history of recycling items of varying price tags for royal duties. In this particular case, the Duchess attended a service to mark the 100th anniversary of the Battle of Passchendaele in Belgium clad in a cream Alexander McQueen dress coat that was a custom creation for Princess Charlotte’s christening back in 2015. {British Vogue}

Misty Copeland is Estée Lauder latest spokeswoman Estée Lauder announced on Monday that Misty Copeland will star in the brand’s Modern Muse fragrance campaign across digital, TV, in-store and print channels. Misty Copeland is a natural muse, being the first African American female to earn the prestigious title of principal ballerina at the American Ballet Theatre. “She is all about feminine strength, power, dedication and passion, and you see that in what she does every day, whether she is performing or inspiring the next generation of dancers,” said Aerin Lauder, Style and Image Director at Estée Lauder, in a release. “I think she is a wonderful role model and I am thrilled to welcome her to the Estée Lauder brand.” See an image from the fragrance campaign, out August 2017, below. {Fashionista inbox} 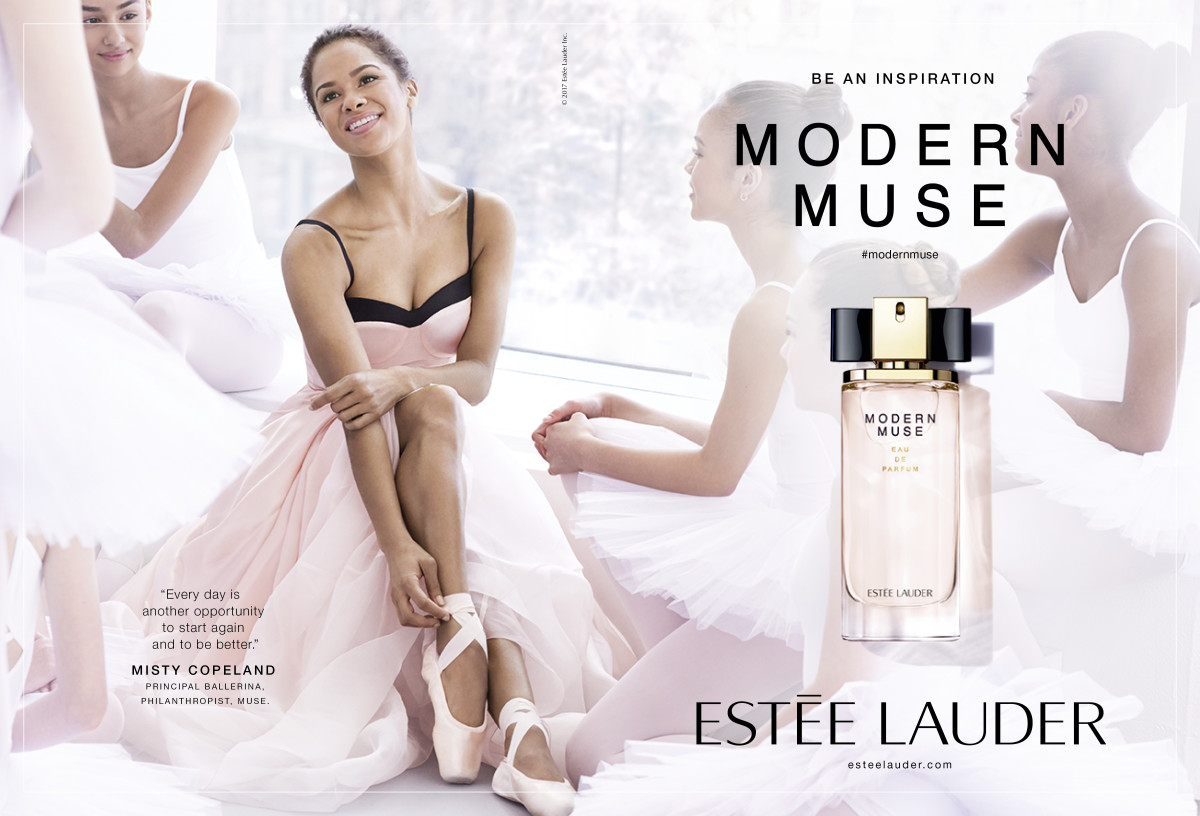 A first look at the new Zac Posen documentaryAll eyes — and cameras — are zoomed in on the fashion industry and its greatest and latest players. Most recently, a new documentary will give us an inside look at Zac Posen‘s 16-year journey from being a young, buzzy NYFW designer to where he is today. The new film, “House of Z,” will exclusively debut on Vogue.com on September 6 and was directed by Sandy Chronopoulos; Posen’s friends and collaborators — like Claire Danes, Sean Combs, Naomi Campbell and Paz de la Huerta — make appearances, as do editors and critics like Nicole Phelps and André Leon Talley. You can get a first look at Vogue.com. {Vogue}

Want the latest fashion industry news first? Sign up for our daily newsletter..