Mother petitions Saraki, IGP, Dogara, over the alleged murder of her daughter by an Alhaji in Abuja, demands justice 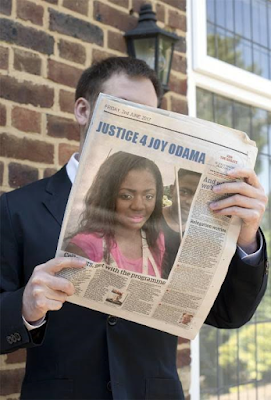 A mother, Mrs Philomena Odama, has petitioned the Inspector General of Police Ibrahim Idris, Senate President, Bukola Saraki and the speaker of the House of Representatives Yakubu Dogara, over the murder of her first daughter, Joy Odama, a 200 level student of the Cross Rivers state University. In the petition signed by her, which was shared on social media, Mrs Odama says that her daughter was allegedly murdered by one Alhaji Usman Adamu. Read her petition after the cut…

My name is Mrs Philomena ODAMA. I am a native of Yala LGA in Cross River State. I am resident at old Karmo village in Abuja.
Joy Odama is my first daughter. She is a 200 level undergraduate of Mass Communications at the Cross River State University; who just returned for Christmas holidays and met her untimely death.
On the 18th Dec, 2016, one Elizabeth from Ogoja LGA, Cross River State who is my daughters friend visited us and told Joy to accompany her to see one Alhaji Usman Adamu who she said was a philanthropist that gives scholarship to young students. She said the Alhaji lives in the same neighborhood, precisely at Ibro Quarters, Old Karmo-Abuja.
Knowing Elizabeth as a long time friend and without any suspicion, she innocently followed her to the said Alhaji’s house. On getting there, my daughter called me that the Alhaji wants to see me. I asked why and she said that the Alhaji wants to help her with her education with other girls who lives in the neighborhood who are there with their parents. I quickly got to the house and Alhaji Usman ADAMU promised to help in my daughters education and equally promised to get me a job with the Nigerian Security & Civil Defense Corps (NSCDC). We exchanged numbers, i graciously thanked him and left with my daughter.
Two days later on the 20th December, 2016 in the evening, Alhaji Usman ADAMU called my daughter and said his house help is seriously sick and that she should please come and look after her while he goes to get a doctor. He also said he has called other girls (i.e the other girls we saw in his house the previous day). Joy told me and i allowed her to go. That was the last time i saw my daughter alive.
After a while on the same day, i called Joy and she said she was at the house with the other girls and will soon be coming back. About an hour later, when she was not yet back, i called severally but she did not pick. Out of curiosity, i called Alhaji Usman ADAMU on his number 08179606208 but he too did not pick. I became more worried and went to the house but couldn’t gain access to Alhaji’s apartment. The next morning, i called Joy and Alhaji ADAMU several times to no avail. Eventually, Alhaji ADAMU picked his call and to my surprise, he pretended not to know who i was nor who Joy was. When i pressed further he said ” did anything happen to Joy” as if she does not know where she is. At this point i knew all was not well.
In panic, i called my husband (who was not around at the time due to the nature of his work), my relatives and neighbors and we all agreed to report to the police. As we were about stepping out to the police station, we saw two policemen in our house who asked us to follow them to the police station at Karmo. On getting there, the DPO informed us that all the girls that went to Alhaji’s house are all unconscious; that one is not responding to treatment while the others are responding. We requested to see Joy but we were turned down and asked to come back the next day. We pressed further but the DPO insisted we go and come back as directed. The next day being 22nd December, 2016 i went back to the police station in company of relatives and a lawyer who is a close family friend. To my utter shock, i was told that my daughter was dead and has been taken to the mortuary. 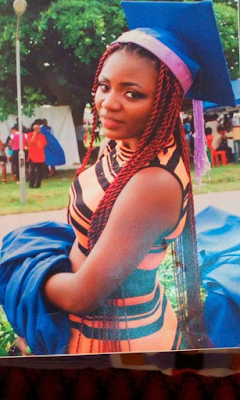 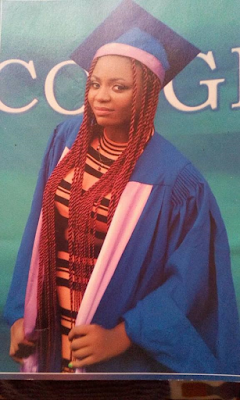 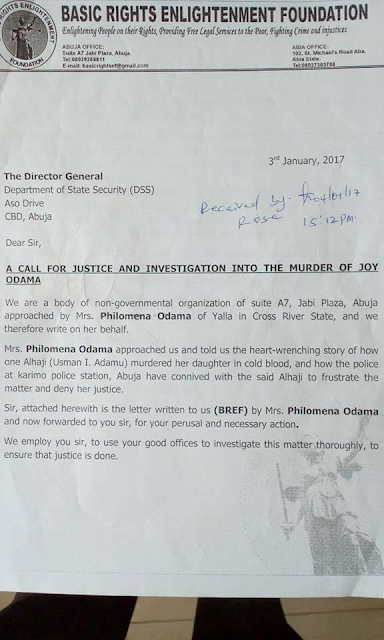 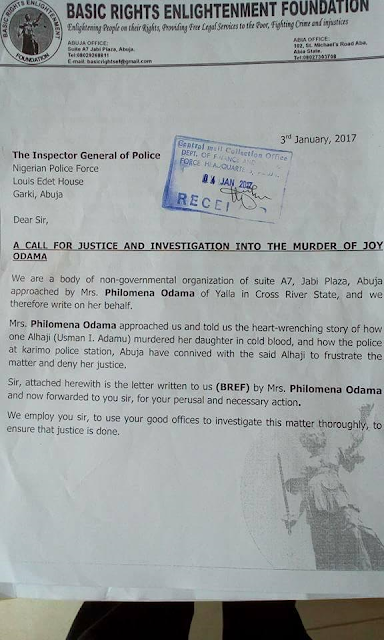 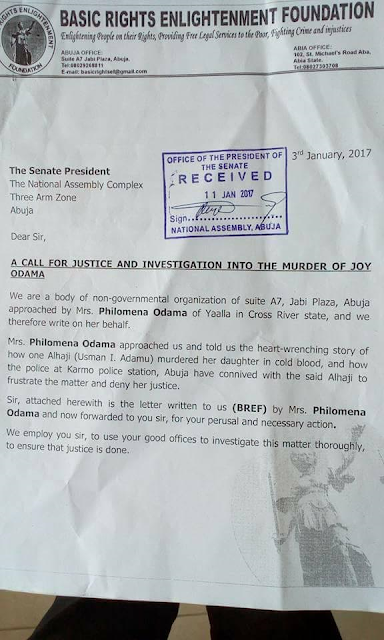 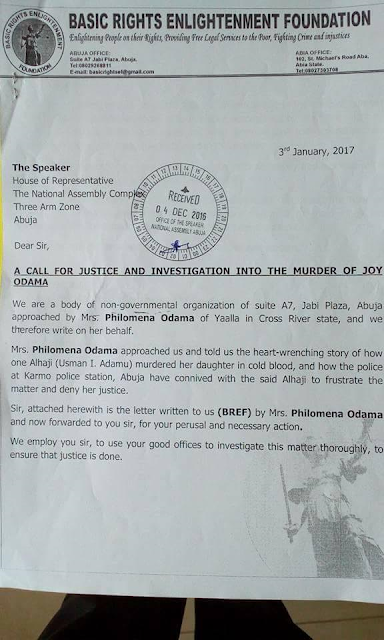