Mother, 22, shows injuries she sustained after her boyfriend beat and strangled her in front of her 4-year-old son and it’s horrific (photos) 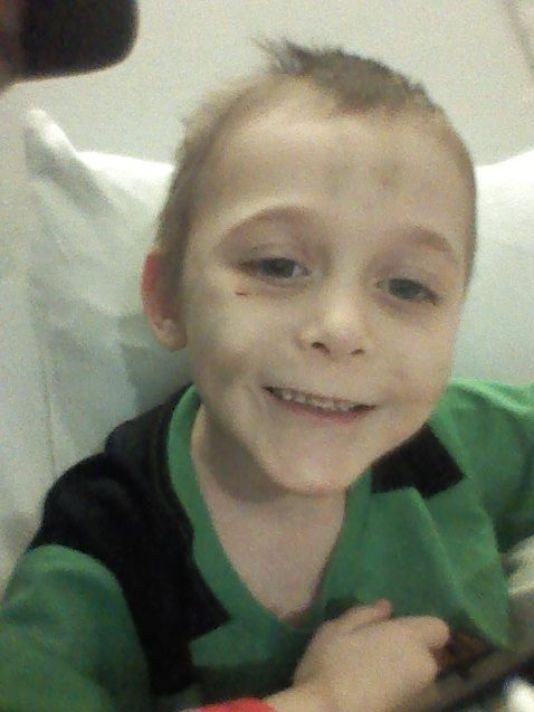 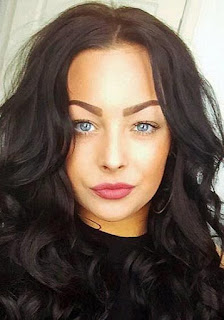 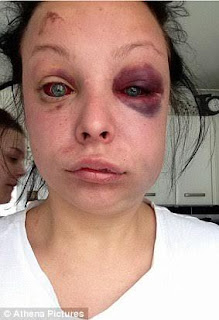 A woman was beaten black and blue – literally- by her boyfriend until her face was disfigured. The boyfriend is now on the run and the woman is in hiding for fear of a repeat attack but she was able to share photos of her battered face and it is horrific, to say the least. 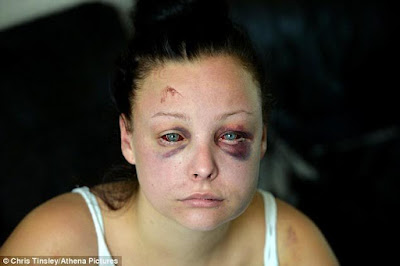 Late on Sunday night, as she slept next to her son at her home in Crindau, Newport, South Wales, Webber barged in and attacked her. He punched her several times and put her in a headlock until she fainted. When she came to, he did it again and again, for four times.

When she became conscious the final time, she called for help via an open window but Webber pulled her in and continued the attack. When he moved to close the open window, she took advantage of the opportunity to run out of the room and down the stairs. 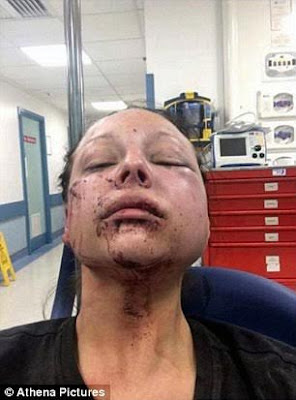 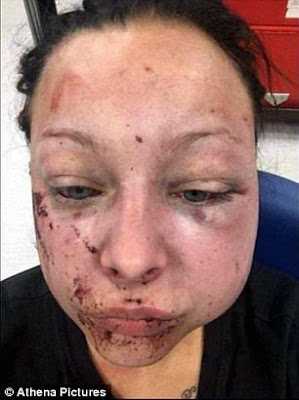 Ms. Thomas said: “Me and my son were in bed, he started arguing and shouting at me to do with my son’s father. Then he punched me and kept hitting me. He put me in a headlock until I passed out and then he did it again and again and again. He did that four times. My eyes are completely bloodshot due to him doing that.”

She continued: “I managed to jump over the bed and run down the stairs. I didn’t have long and I only had a minute to get away. I ran downstairs and ran into the street. He came out, jumped on top of me and bit my ear and punched me. It’s all very blurry but I remember going to my neighbours and blood was dripping everywhere. Jamie didn’t seem to care, he got into his car and everyone was shouting at him and screaming.” 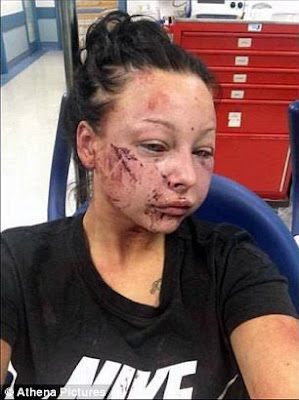 Ms. Thomas was left with black and bloodshot eyes along with severe facial swelling. She is now on the run with her son because she is too scared to go home until Webber is locked up. Webber is currently still on the run and Police have cautioned people not to approach him because he is potentially dangerous.

“My little boy needs to be back in his own bed but we are both too scared to go home while he’s out there. If anyone knows where he is please tell the police, Ms. Thomas pleaded.

The single mother was treated for her injuries in hospital before police took photographs of her swollen face and red eyes. Gwent Police are checking the local haunts of Webber. A spokesman said they are actively looking for Webber and asked members of the public with information on his whereabouts to come forward.