More than 900 migrants rescued off Libya 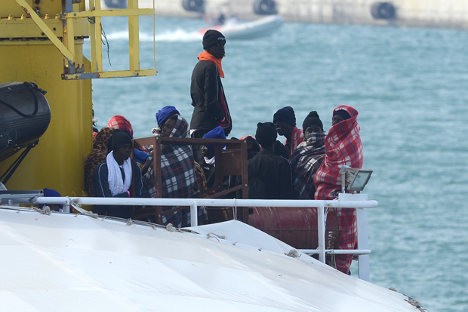 The Libyan coastguard has rescued more than 900 African and Asian migrants attempting to reach Europe, a navy spokesman said on Saturday.

He added that 25 children and 98 women, including seven who were pregnant, were among those rescued.

“One of the rubber boats was holed and on the point of sinking, while the wooden one did not have a motor,” he said.

People traffickers have exploited the chaos in Libya since a 2011 uprising toppled and killed strongman Moamer Kadhafi to boost their lucrative but deadly trade.