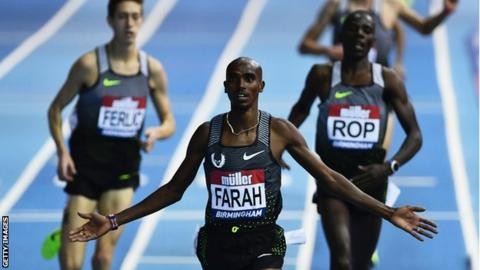 Mo Farah took victory in the 5,000m at the Birmingham Grand Prix to win the final indoor race of his career.

Jamaica’s 100m and 200m Olympic gold medallist Elaine Thompson stormed to victory in the women’s 60m in 6.98 seconds, the eighth-fastest time ever.