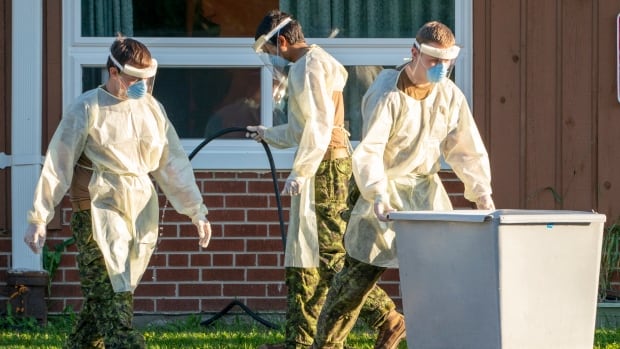 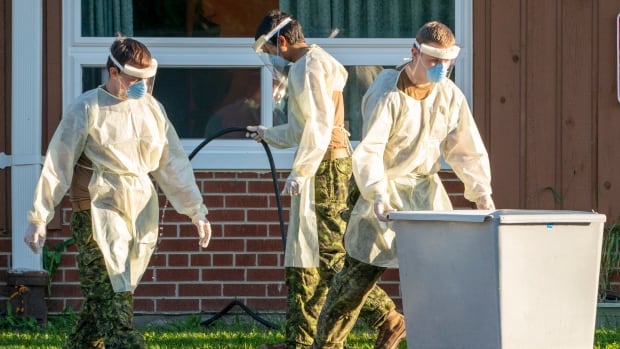 Ontario drivers are being told to stay on the lookout for military vehicles on the roads this week as hundreds of Canadian Armed Forces (CAF) members deployed to long-term care facilities in the Greater Toronto Area start to head home.

About 500 military members and their associated equipment were gathered at Canadian Forces Base Borden north of Toronto in early April to support the federal government’s response to COVID-19.

Many of those troops were eventually deployed to seven long-term care homes hit hard by COVID-19. CAF said Sunday that troops are being pulled from five of the seven homes.

While deployed, the CAF found cases of abuse and negligence, as well as bug infestations, bleeding infections and residents being left crying for help for hours.

Their observations were compiled into a damning report released last month that has sparked several lawsuits, as well as calls for an overhaul of how Ontario’s long-term care homes are managed.

CAF said an email to CBC News on Sunday that their mission to provide support in five long-term care locations in the Greater Toronto Area is now complete.

“This is a strong testament to the work and effort by many dedicated health-care practitioners in these facilities and at hospitals providing treatment, as well as CAF members who have provided support,” it said.

The troops are scheduled to return to their home units across Ontario on Monday and Thursday, during which time a large number of military vehicles will be on the roads.

The CAF added that personnel are still present and providing support in Hawthorne Place in Toronto and Woodbridge Vista Care Community in Woodbridge, Ont.