Member of dreaded robbery/kidnap gang behind the murder of US Army veteran, killed in shootout with Abia police 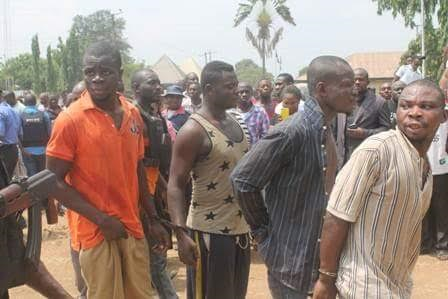 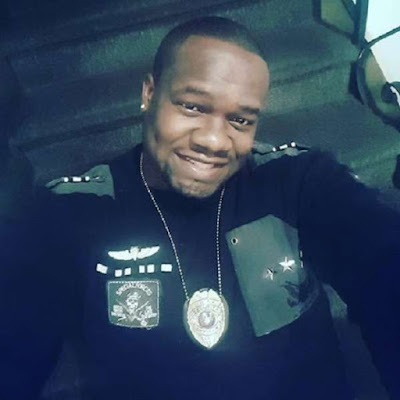 The Abia State Police Command has announced the death of a dreaded armed robber/kidnapper, who had been terrorizing the state and neighbouring states, with his gang.
Upon his arrest on May 27, in Bende LGA of the state, the suspect, Samuel Kalu a.k.a ‘Obere’ confessed to the killing of two police officers, 8 members of the Abia Vigilante Service and Chuks Mbaeri Okeabata, a US-based Army veteran.
Okebata was killed at his hometown in Mbaeri, Mbaitolu local government area of Imo State on January 12th. Read here
Below is a press release signed by Police Public Relations Officer, DSP Geoffry Ogbonna, on Wednesday,June 7, 2017
“A dreaded and notorious armed robbery/kidnap gang, who had been terrorizing the State and its neighbouring States, has been smashed by a team of detectives attached to Anti-Kidnapping Section of State Criminal Investigation Department (D7) Umuahia on 05/06/17 in an encounter with members of the gang along Ukpakiri/Ikot Ekpene road Aba.
A member of the gang, one Samuel Kalu alias ‘Obere’ who was arrested by the team upon a tip off on 27/05/17 in Okai Item, Bende LGA had confessed to the killing of two Police men at Orji Uzor Kalu bridge about two months ago, killing of one Chuks Mbaeri Okebata, a USA based Army Officer from Mbieri Imo State in December 2016 and that of eight members of the Abia Vigilante Services.
The team in a lead by the suspect towards arresting his gang members / recovering their weapons was attacked by hoodlums suspected to be his gang members. During a shootout, the suspect was caught up in a cross fire while one of the detectives sustained some injuries and the patrol van riddled with bullets. However, the Command’ Tactical Response Squad has been drafted to assist in tracking down the remaining members of the gang.

Members of the public are enjoined to volunteer information to the Police or any other Security Agency on anyone found with bullet wounds, please.