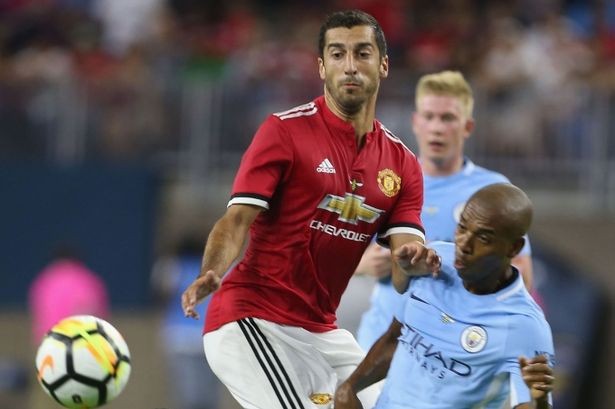 Henrikh Mkhitaryan says his struggle to impress Jose Mourinho at Manchester United has made him a better player.

Mkhitaryan arrived at Old Trafford in a £30 million deal from Borussia Dortmund 12 months ago.

The Armenia international looked certain to begin last season as first choice, but after waiting until September for his maiden start, he was substituted at half-time during the 2-1 derby defeat to Manchester City and did not start another game until late November.

“Last year with my difficulties they helped me a lot. I could stay more strong in my mind, like mentally,” he said. “It shows that you are strong enough to win them over or not. I think I have done everything to work hard, to show everyone I can play and that I can do my best for the team.”

Mkhitaryan ended his first season at United by scoring in the Europa League final win against Ajax, and he is convinced his initial problems helped him improve.

“For sure,” he added. “Some people, they say, ‘You have been another player in Dortmund,’ but I’m saying I never regret coming here. I am very happy and coming here I became another player.

“In these kind of moments, if you are giving up you are going to lose the meaning of the life. I mean you have to stay positive, you have to stay strong and work very hard because in one click everything can change and that’s what happened.”

But when the two teams met in Houston last week in the International Champions Cup, the 28-year-old was named Man of the Match in a 2-0 win at the NRG Stadium. 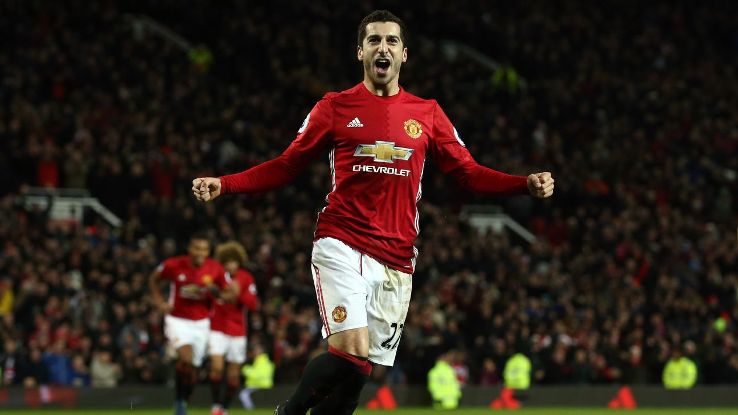 Mkhitaryan has backed himself to get better next season and he says Mourinho has told the entire squad to sets their sights higher.

“I think there is always a place to improve. It doesn’t matter how you did last year,” he said. “It has been a good year for us, for me as well, because we won three titles. But I know for this upcoming season I can do better and better. The manager in general is saying that we need to do more.

Mkhitaryan started behind new signing Romelu Lukaku in Houston and he will be charged with laying on chances for the Belgium international.

But he said he does not know yet whether Mourinho sees him as a No. 10 or a winger for next season.

He said: “We are playing to score goals and it’s a pleasure for us if we can give the ball to assist Romelu and he can just finish it. Everyone has to take the responsibility to take the risk and to play in Romelu or create something for him.

“It’s a pleasure to play with him. He can hold the ball, he can play in the space, he’s fast, he’s quick. He has the smell to score goals. He knows where he has to be in the right moment, at the right time. I think with him Manchester United can have a good performance.

“I am ready to play wherever he wants me to play. I don’t have a preference in a position. I like to play and if I’m playing I will try my best if I’m in the middle, on the wing, on the side or up front. It doesn’t matter.”