Love after duty! Ivanka and Jared enjoy date night in Rome after meeting the Pope (photos) 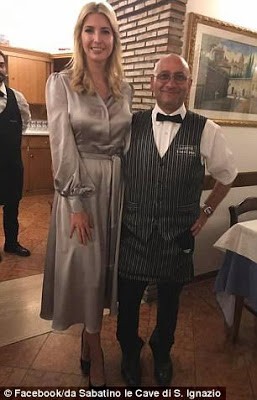 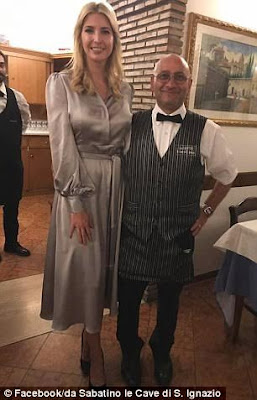 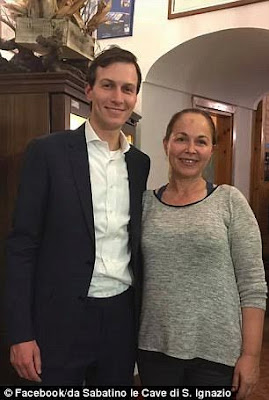 Ivanka Trump and Jared Kushner have been travelling with President Donald Trump on official visits; first to Saudi Arabia, Israel, and then to Rome. But what’s a trip to Rome if you don’t behave like the Romans and enjoy a romantic evening complete with red wine, pasta and pizza? That’s exactly what Jared and Ivanka got up to on Tuesday night.

The couple slipped away from official duties and dined at da Sabatino le Cave di Saint Ignazio restaurant. They were escorted by an entourage of 12, according to Italian media. Their menu consisted of pizza margherita and caprese salad for Ivanka and a heartier combination of pasta, dumpling and bruschetta for Jared.  They drank Barolo and Pinot Grigio.

The restaurant reportedly had only ten minutes to prepare for their arrival after they got a call from the US embassy. Upon arrival, Ivanka and Jared remained in their car for several minutes before being allowed out on the street by Secret Service agents.  The pair found time to pose for photographs with the restaurant’s Owner, Luigina Pantalone, and other staff after their meal before leaving at 11 pm.

On Wednesday, after meeting with the Pope at the Vatican, the pair sneaked in some sightseeing with a private tour of the Pantheon. 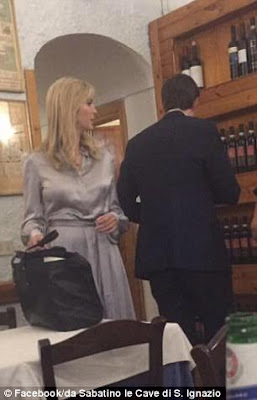 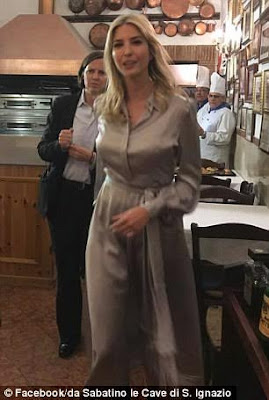 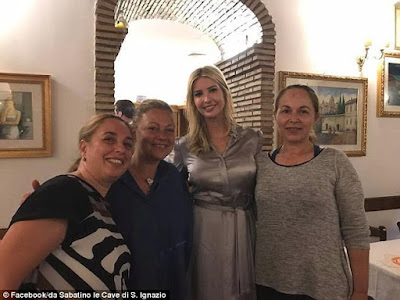 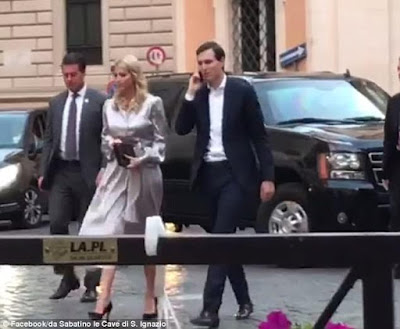 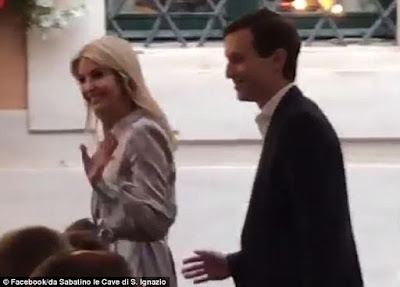 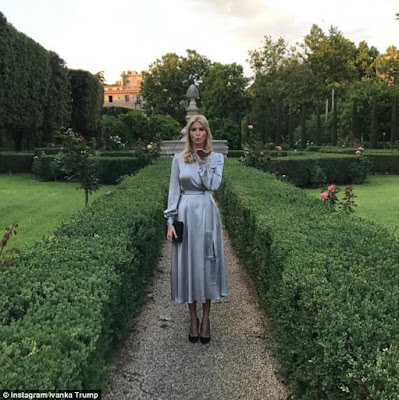