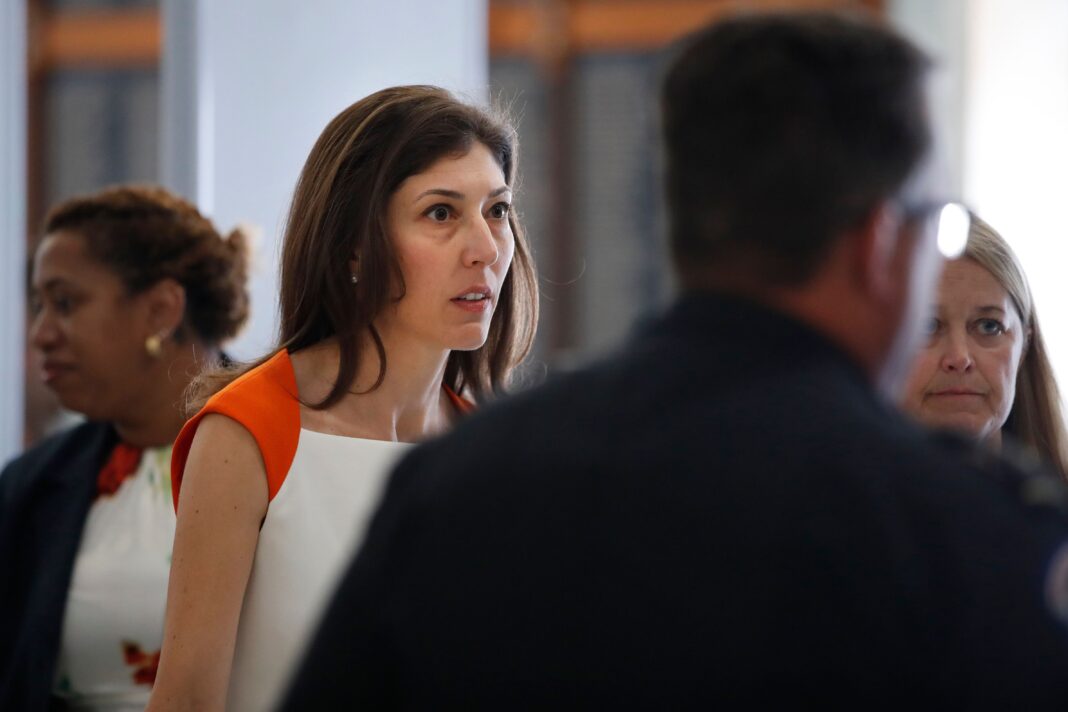 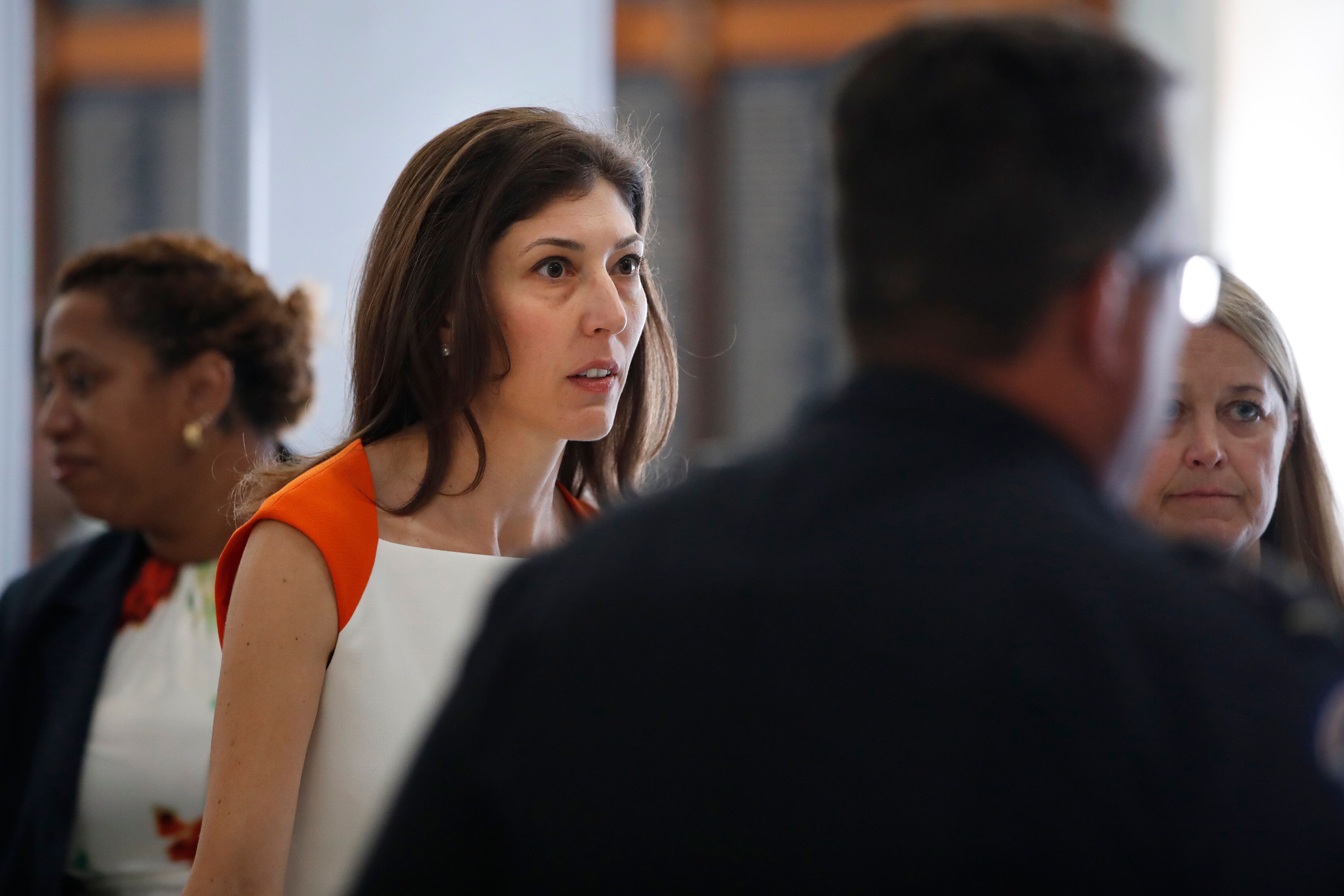 Lisa Page Sues DOJ and FBI Over Leaked Texts With Peter Strzok
Former FBI lawyer Lisa Page filed a lawsuit on Tuesday against the bureau and the Justice Department accusing them of Privacy Act violations related to text messages she exchanged with a former FBI official that were leaked to the media.

Page contends that the two agencies “unlawfully” disclosed texts from 2016 between her and now former Deputy Assistant Director Peter Strzok, with whom she was having an affair at the time.

“I sued the Department of Justice and FBI today. I take little joy in having done so,” Page tweeted on Tuesday. “But what they did in leaking my messages to the press was not only wrong, it was illegal.”

I sued the Department of Justice and FBI today.

I take little joy in having done so. But what they did in leaking my messages to the press was not only wrong, it was illegal.https://t.co/ecR58rmxlB

The texts, which were sent on government-issued phones, included critical remarks about then-candidate Donald Trump and other politicians from across the ideological spectrum. Trump, along with his allies, has long claimed that Strzok and Page were at the center of a debunked FBI conspiracy to take him down during the 2016 campaign. Page resigned from the FBI in May 2018, while Strzok was fired from the bureau over the texts.

“DOJ and/or FBI officials disclosed the messages to reporters for multiple improper reasons, including to elevate DOJ’s standing with the President following the President’s repeated public attacks of the Department and its head, Attorney General Jefferson B. Sessions III,” Page’s lawsuit argues. “They did so by summoning DOJ beat reporters to the Department to review the messages at night, prohibiting the reporters from copying or removing the set of messages from the building, and instructing them not to reveal DOJ as the source. This clandestine approach is inconsistent with the disclosure of agency records for transparency purposes or to advance the public interest.”

The lawsuit requests a jury trial and an award of actual damages as provided for in the Privacy Act. The Justice Department declined to comment on the matter to HuffPost.

Page’s complaint cites the Justice Department inspector general’s report, released on Monday, that concluded political bias did not influence the FBI’s investigation of Russia interference in the 2016 election. The report mentions there were “statements of hostility toward then-candidate Trump” in 2016 by Page and Strzok, but clears Page of any wrongdoing by finding she “did not play a role” in the decision to open the FBI investigations.

In her lawsuit, Page points to Trump allies who have publicly attacked her based on the disclosed texts ― including Sen. Rand Paul (R-Ky.); Reps. Matt Gaetz (R-Fla.), Jim Jordan (R-Ohio), Liz Cheney (R-Wyo.) and John Ratcliffe (R-Texas); Florida Gov. Ron DeSantis; and former Trump campaign aide George Papadopoulos. These people have publicly accused her of treason and described her in derogatory language, according to the complaint.

“Likewise, President Trump has repeatedly attacked Ms. Page, leveraging his public platform to disparage her and attempt to undermine the Special Counsel and FBI. Since December 12, 2018, President Trump has referenced Ms. Page in dozens of television interviews, press conferences, statements from the White House, and tweets,” the lawsuit says. “In these statements, the President has referred to Ms. Page as ‘incompetent,’ ‘corrupt,’ ‘pathetic,’ ‘stupid,’ a ‘dirty cop[],’ a ‘loser[],’ a ‘clown[],’ ‘bad people,’ ‘sick people,’ a ‘lover,’ a ‘great lover,’ a ‘wonderful lover,’ a ‘stupid lover,’ and ‘lovely.’”

Earlier this month, Page told the Daily Beast that she finally decided to speak out against the president and his attacks after what she said was Trump acting out an imagined “orgasm” between her and Strzok at an October campaign rally.

Is the president doing an impression of Peter Strzok having an orgasm? pic.twitter.com/izFVmlfqaW

“It’s like being punched in the gut,” Page told the Daily Beast. “My heart drops to my stomach when I realize he has tweeted about me again. The president of the United States is calling me names to the entire world. He’s demeaning me and my career. It’s sickening … [and] also very intimidating.”

Strzok is also suing the FBI and the Justice Department, alleging that officials caved to pressure from Trump to unfairly punish him for expressing a political opinion.