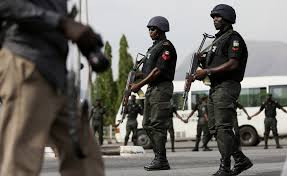 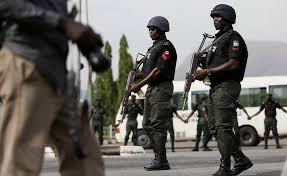 Men of the Lagos state police command have arrested an armed robbery suspect, Wasiu Kamarudeen, who led a team of robbers to attack members of the St. Patrick Catholic Renewal Church, Jakande Opened Field during their church retreat yesterday Saturday, August 31st. According to police report, men of the Ilemba Hausa Police Station received a distress call from the church members that one motorcycle was sighted conveying three passengers into the camp ground in a suspicious manner. The police say the passengers mingled amongst the worshipers with the intent to dispossess worshippers of their valuables such as handsets, cash etc. On the strength of the information, patrol  teams were deployed to the scene. 19 year old Kamarudeen of No 8 Olaniyi street  Iyalode Ilogbo, was arrested and one locally made short Gun with one live cartridge was recovered from him. Their operational motorcycle with registration number OGUN AKM 749 WP was recovered. The Command Special Anti Robbery Squad (SARS) has launched a manhunt of the remaining two suspects. Investigation is ongoing and the case will be charged to court as soon as investigation is completed.