Kourtney Kardashian bans Scott Disick from seeing their kids, ntil he cleans up his act 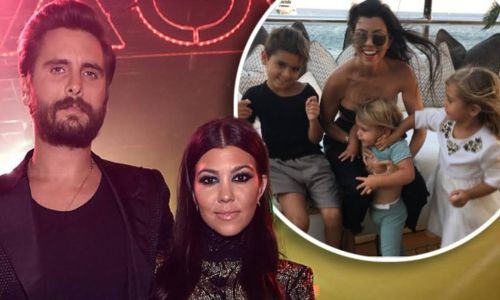 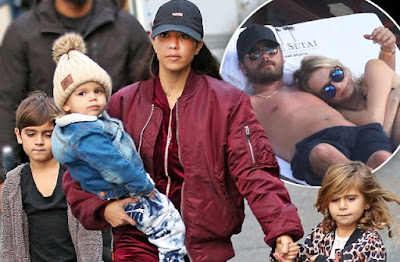 Kourtney Kardashian’s baby Daddy, Scott Disick, seemed to be trying really hard in Cannes, to get Kourtney’s attention by frolicking and cuddling with 6 different men. Now he has gotten her attention and e has reportedly banned him from seeing their three children until his ‘cleans up his act’.
According to TMZ, the 38-year-old reality star has vowed to stop Disick’s visitation to their kids – Mason, seven, Penelope, four, and Reign, two – until he gets sober, following his display in Cannes, France over the past week. TMZ also claims that friends of Disick – including Kourtney – have attempted to ‘intervene’ in the situation but have so far proved unsuccessful in their efforts.  A source told TMZ: ‘He is off the rails again … abusing alcohol and other substances. She will not allow Scott visitation of their 3 kids until he gets clean and sober … something he refuses to do.’ ‘Scott’s friends have tried to intervene to no avail.

A few weeks ago they got Kourtney to call Scott and plead with him to get help, but he wasn’t having it.

‘She want him to have a relationship with their kids, but feels it’s just too dangerous in the state he’s in.’