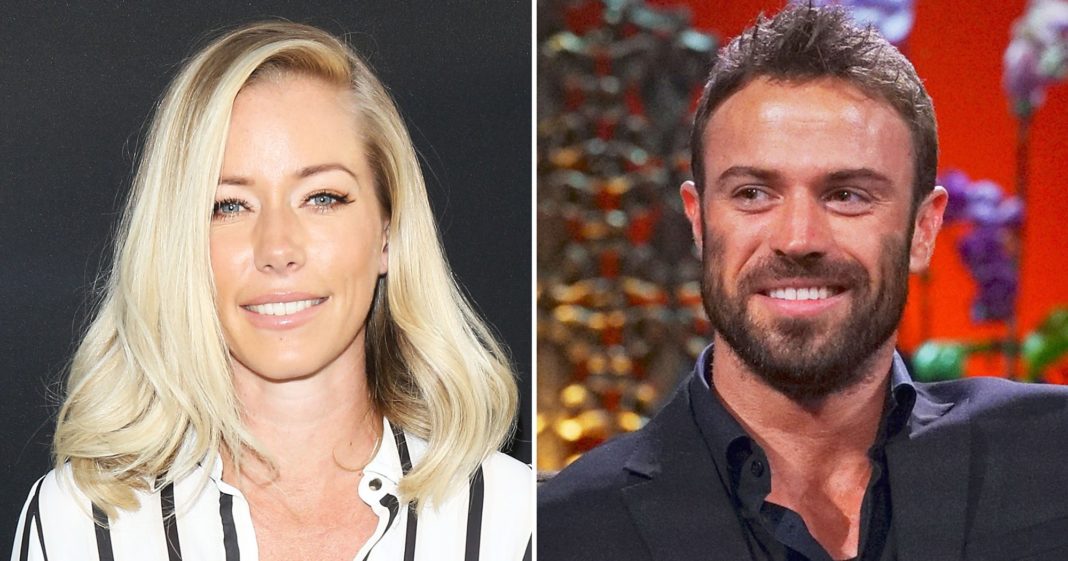 Nothing to see here! Kendra Wilkinson updated fans on her love life days after she was spotted holding hands with Bachelorette alum Chad Johnson.

The former Playboy model, 33, addressed the romance speculation in the caption of her Thursday, January 24, Instagram photo with best friend Jessica Hall, writing that she “filled her in about these recent annoying rumors and how my vagina is still very closed.”

Wilkinson and Johnson, 31, made headlines after they were seen getting cozy while dining at Rocco’s Tavern in Los Angeles on Monday, January 21. A source later told Us Weekly exclusively that the Girl Next Door alum and the Bachelor in Paradise bad boy have known each other for a while and are “just having fun” and “hanging out a lot more.”

Johnson weighed in on the buzz while speaking exclusively to Us on Wednesday, January 23. “Kendra’s an amazing girl,” he gushed, although he played coy about the state of their relationship and whether he has met her children, Hank IV, 9 and Alijah, 4, whom she shares with estranged husband Hank Baskett.

The Bachelorette After the Final Rose: Broken Engagements, Weddings, Babies, and More!

The fitness guru, who currently stars on Ex on the Beach season 2 on MTV, added that fans have to watch the show unravel to find out if he has a special day in his life.

Wilkinson previously opened up about sinking her toes back into the dating pool after her April 2018 split from Baskett, 36. “Honestly, I actually have a lot of text messages,” she teased to Us in December. “Guys are hitting me up, but I want nothing to do with it. I like to Netflix and chill with my wine.”