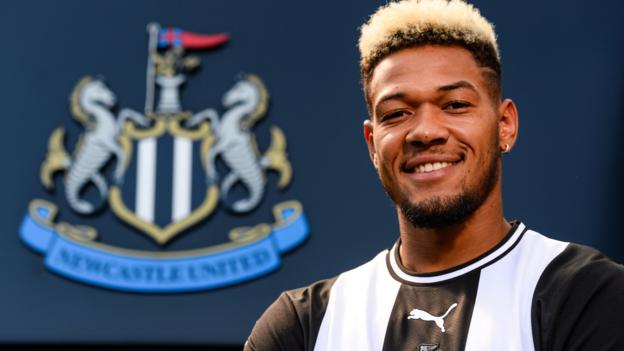 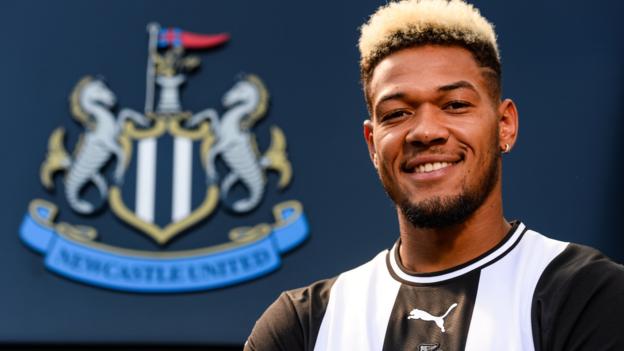 Newcastle United have signed striker Joelinton from Hoffenheim for a club record fee on a six-year deal.

The 22-year-old Brazilian is Steve Bruce’s first signing since he was named the club’s new head coach on Wednesday, replacing Rafael Benitez.

Joelinton scored 11 goals in 35 games for Hoffenheim last season, with seven of those coming in the Bundesliga.

He started his career at Brazilian side Sport Recife before moving to Germany in 2015.

“I’m really happy to be here,” said Joelinton, who will wear the number nine shirt at St James’ Park. “I know it’s a large investment that the club has made in me, and that comes with a huge responsibility.

“I’m highly motivated and hope to give back on the pitch.”

Bruce said: “The kid has got an exciting time ahead of him. He is a smashing young player and we are obviously delighted to get him. It is been going on for a little bit now, so to get him is great for everybody.

“He has got everything that a modern-day player wants. He is big, strong and athletic, and of course he’s got age on his side too which is vitally important.”