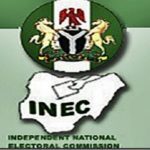 Attempts by the Senate to establish a Nigerian Political Party Debate Commission is being resisted by the Independent National Electoral Commission (INEC) and other stakeholders.

At a public hearing on the bill on Wednesday, the stakeholders described the envisaged commission as superfluous and diversionary.

Senator Buhari had argued that if passed, “the bill would make it mandatory for those seeking election as president, governors, lawmakers and other elective positions, including their running mates, would have to go through a debate, which would be organised by a the commission to be funded by government and headship of which to be appointed by a sitting President”

However, stakeholders in the electoral process at the public hearing session vehemently opposed the idea of setting up the commission, which they described unnecessary burden on the nation’s resources.

INEC chairman, Prof. Mahmud Yakubu who was the first to kick against the bill, said although the election debate platform was a welcome development for the deepening of democratic practice, making such a platform to be a full fledge commission to be funded by government will be counterproductive.

Yabuku said, “The idea of a solid platform for election debate in Nigeria as it is in the United States of America and some other countries of the world is a welcome development for our democracy and electoral processes.

“But making such platform to be like a statutory commission would not help in achieving the motive behind the lofty idea.

“To us in INEC, such a platform should be allowed to remain in form of a Non-Governmental Organisation (NGO) that would be funded by corporate bodies in the land and managed by independent and non-partisan Nigerians with outstanding character and repute”.

Similarly, the President of the Nigeria Political Science Association, Professor Sam Egwu, also backed the position of the INEC chairman.

According to him, that the platform for such debate should be independent and not a commission that would be funded by government.

Egwu added that such a move would not only be counter-productive to the desired goal, but would also rubbish the electoral process.

The President of the Senate, D. Bukola Saraki in his opening address at the session, stated that law making is an all-encompassing process where input of stakeholders and the public is imperative.

According to him, the bill, if passed into law, will enable the Nigerian electorate vote for the best candidates at the various elections.