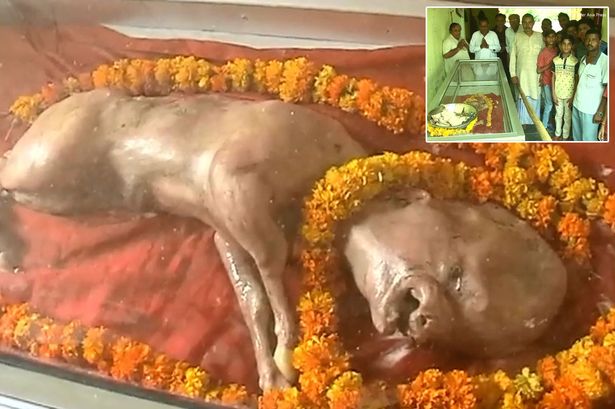 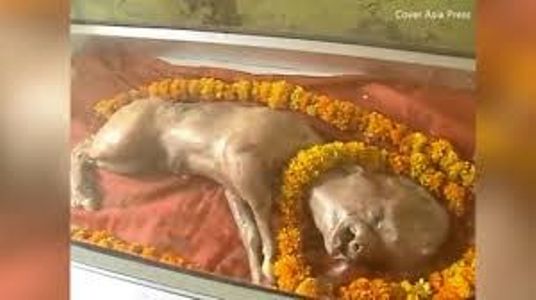 A calf born with eyes, nose and ears resembling those of a human is being worshipped by Indian villagers who believe it is an avatar of a Hindu God, Lord Vishnu.

The calf was born on Thursday in an animal shelter in Muzaffarnagar, Uttar Pradesh, northern India.
Soon after its birth, hundreds of locals from surrounding villages gathered to pay their respects. 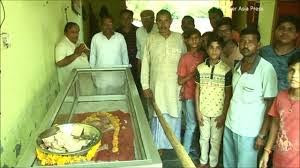 The animal died within an hour of its birth but that did not stop more locals from coming to seek its blessing. Video footage shows people offering flowers and bowing before the dead calf, which has been kept inside a glass box since it died. 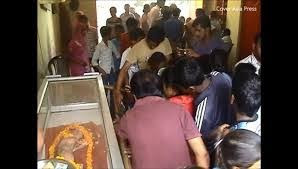 Locals have now made plans to build a temple for the animal.

Speaking of the animal, Mahesh Kathuria, 50, a local businessman, said:

“God has taken birth from the body of a local cow. We came here to seek his blessings. Religiously, it is an avatar of Vishnu. We believe it’s a similar character mentioned in Bhagavata Puran, a Hindu religious text.”